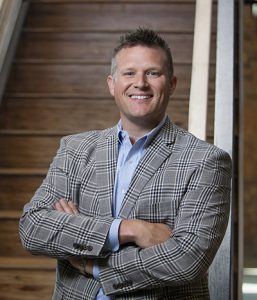 McCrory Construction, the 102-year-old general contractor headquartered in Columbia, SC, announced Friday, July 10th it has appointed Allen Bridgers as President of the company. Bridgers will support Chief Executive Officer, Allen Amsler, and the McCrory executive team in the implementation of the company’s strategic plan and vision as they move into their second century in business.

The oldest general contractor in the state of South Carolina, McCrory attributes much of its success to the lasting relationships built over the years and the people who call the company home. The organization’s commitment to their people, always doing the right thing, focusing on solutions, and continually improving are the values around which McCrory operates.

Previously serving as the Vice President of Business Development, Bridgers has been a champion of these values for more than a dozen years, recently helping lead the charge on the development of the century-old company’s updated strategic plan.

“This is certainly an exciting time as we make these transitions to ensure the longevity of our organization, both for our employees as well as our clients and partners,” says Bridgers. “I am humbled and honored to have been selected to lead our team in this new capacity.”

Well respected among his colleagues in the economic development and construction communities, Bridgers offers a wealth of knowledge and strong leadership traits, both internally for the company as well as externally among his peers.

“Over the last 100-plus years, McCrory has certainly seen their fair share of ‘hall-of-fame’ employees,” says Amsler, who will continue in his role as CEO. “Allen Bridgers is the ideal embodiment of our core values and gives us confidence as we pursue the next chapter of McCrory’s storied legacy. ‘Mr. Mac’ is surely smiling down with pride for his namesake.”

The McCrory Construction executive leadership team will continue to be served by Amsler and Bridgers, as well as Bill Osborne, Larry Kingery, Don Warren, Del Rosebrock, and Ralph Trinter.