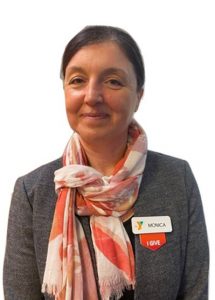 The YMCA of Greater Spartanburg recently welcomed Monica McKinley as the Membership Director at the Thomas E. Hannah Family Y.

Monica has worked for the YMCA in Connecticut for numerous years in various positions. She is extremely competitive as a triathlete and avid runner and has completed several marathons across the US. Monica brings a bright and tenacious spirit to the YMCA of Greater Spartanburg and is elated to join the family.