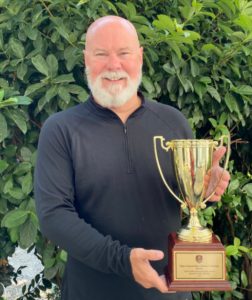 Conceived and led by Mullikin, the month-long SC7 expedition, which began in the Upstate, wound down through the Midlands, and concluded in the Lowcountry, was the first of its kind across S.C. with a three-fold objective of exploring the seven natural wonders of S.C., showcasing the unique natural beauty of the Palmetto State, and raising awareness of environmental threats (from disastrous storms, flooding) to the most vulnerable areas of the state.

“We accomplished all three and so much more,” said Mullikin, who is also an energy-and-environmental attorney, university professor, former U.S. Army officer and retired two-star commander of the S.C. State Guard. “Though we completed the SC7 more than 10 days ago, the enthusiasm we’ve created because of the expedition seems to be growing. I’m hearing from people all over the country and frankly all over the world who are excited about participating in our next venture.”

Though a first for S.C., the expedition is hardly a first for Mullikin. He’s led expeditions across the globe, having climbed mountain ranges on every continent (including reaching the summits of four of the world’s seven great summits), logging SCUBA dives in all oceans, and parachuting with several foreign military airborne forces.

“There is no one more deserving of this Expedition Leader of the Year recognition,” said Michelle McCollum, pres. and CEO of the S.C. National Heritage Corridor. “When it comes to the environment and issues relevant to floodwater threat mitigation, Tom Mullikin is a man who not only talks the talk, but walks the walk. And he literally walked over 500 miles leading the SC7 expedition.”