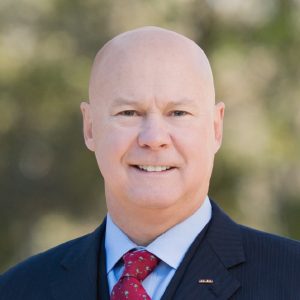 COLUMBIA, S.C. – Environmental attorney and global expedition leader Tom Mullikin has been named among the 2020 South Carolina LEADERSHIP IN LAW HONOREES and will be recognized among this year’s class of honorees hosted by S.C. Lawyers Weekly in partnership with the Charleston School of Law, next month.

The Leadership in Law awards project recognizes accomplished attorneys “from across the Palmetto State who have achieved success in their law practice, made contributions to society and had an impact on the legal profession,” according to S.C. Lawyers Weekly. Of the 28 Leadership in Law honorees, one will be selected Lawyer of the Year.

Mullikin, who in addition to serving as founding partner of the Camden-based Mullikin Law Firm, is a recently retired commander (major general) of the S.C. State Guard. Today he serves as professor at Coastal Carolina University, a professor at the Universidad San Francisco de Quito in Ecuador (the school’s Galápagos Islands campus), and as chairman of the gubernatorially established South Carolina Floodwater Commission.

“[Mullikin] has successfully undertaken some of the most complex domestic and international environmental concerns,” said S.C. Gov. Henry McMaster. “[He] has represented multinational and national corporations on complex energy and environmental concerns, and he has a proven ability to reach across all party and stakeholder lines to find substantive solutions. His record of corporate, academic and legal experience and public service reveal an extraordinary man of character and leadership.”

Mullikin served as a legal expert and assisted in drafting the Republic of Moldova’s chemical laws through the American Bar Association (ABA) and the United Nations (UN) Development Program’s International Legal Resource Center. He also served as a Team Leader of 52 attorneys and experts from around the world for the Republic of Fiji’s mineral law and seabed mining legislation project. That project was also directed by the ABA and the UN Development Program.

A field-work adventurer, Mullikin has summited or circumnavigated many of the world’s highest mountains on every continent, and he has logged SCUBA dives in every ocean on earth including certified ice dives in both the Arctic and Antarctic Oceans. He is also a certified SCUBA instructor.

The 12th annual S.C Leadership in Law class awards ceremony will be held at Homewood Suites Historic Downtown Charleston, March 13, 2020. The cocktail reception begins at 6:00 p.m. followed by dinner and the awards presentation at 7:00 p.m.