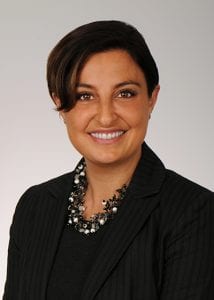 Kate Azizi, vice president for Institutional Advancement for the Medical University of South Carolina (MUSC), announced that Anahita Modaresi has been named the first MUSC director of Corporate and Foundation Relations. In collaboration with university and health system leaders, development partners and colleagues across campus, Modaresi is responsible for developing, building and strengthening key alliances with corporations and foundations whose priorities and philanthropic goals align with MUSC’s institutional priorities, academic programs and initiatives. The goal of this position is to increase philanthropic funding from these sources. Modaresi assumed her new role on April 12.

Since 2017, Modaresi has been the director of development for the MUSC College of Nursing. In that role, she increased philanthropic support for the college by 60%. Modaresi also helped to create the nation’s first Doctor of Nursing Practice (DNP) program in Palliative Care at MUSC, two major global initiatives endowments, new endowed faculty positions and a robust scholarship program. She chairs the Office of Development’s Diversity, Equity and Inclusion committee and has secured major funding for underrepresented minority scholarships. Before MUSC, Modaresi worked in corporate and foundation relations and fundraising in Charleston and at nonprofits in Atlanta, Georgia, and San Francisco, California.

A South Carolina native, Modaresi earned her undergraduate degree in Media Arts from the University of South Carolina, a master’s degree in Applied Anthropology from Georgia State University and a certificate in professional grant writing from The Grant Institute.

Founded in 1824 in Charleston, MUSC is home to the oldest medical school in the South as well as the state’s only integrated academic health sciences center, with a unique charge to serve the state through education, research and patient care. Each year, MUSC educates and trains more than 3,000 students and nearly 800 residents in six colleges: Dental Medicine, Graduate Studies, Health Professions, Medicine, Nursing and Pharmacy. MUSC brought in more than $271 million in biomedical research funds in fiscal year 2020, continuing to lead the state in obtaining National Institutes of Health funding, with more than $129.9 million. For information on academic programs, visit musc.edu.