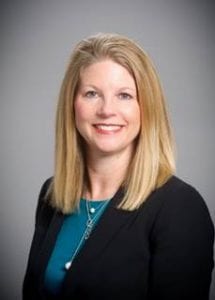 Lisa K. Saladin, PT, Ph.D., executive vice president for Academic Affairs and provost at the Medical University of South Carolina (MUSC) has announced the appointment of Lori L. McMahon, Ph.D., as vice president for Research. McMahon will oversee the Office of Research and all of its associated divisions, which include responsibility for accreditation and regulatory affairs, university-wide promotion of research across all colleges and centers, representing the president and provost on internal and external research matters, and identifying institutional research strategies and benchmarks in relation to the MUSC strategic plan. She is scheduled to begin her new role on July 1, 2021, on a part-time basis until Nov. 1, 2021, when she will engage full time. McMahon will lead a team of researchers whose work consistently positions MUSC as a national leader in biomedical research and as the state’s leader in obtaining biomedical research funds. In fiscal year 2019, MUSC set a new high, bringing in more than $284 million in extramural research funding.

McMahon possesses more than 22 years of experience as a faculty member, educator and administrator at the University of Alabama at Birmingham (UAB). She is a federally funded basic and translational neuroscience researcher with numerous awards from the National Institutes of Health (NIH) and other agencies throughout her career at UAB, and is nationally and internationally recognized for her work in the areas of neurodegenerative disease and neuropsychiatric illness, with a focus on synaptic plasticity and sex differences. McMahon will report directly to Saladin and serve as a member of the president’s council.

McMahon joined UAB in 1998 as an assistant professor in the Department of Physiology and Biophysics, which later became the Department of Cell, Developmental and Integrative Biology in 2012. Over the next decade, she served in a variety of academic appointments, including director of the Neuroscience Theme Graduate Program, associate director of the Comprehensive Center for Healthy Aging and associate director of the UAB McKnight Brain Research Institute. She also served, from 2012 to 2019, as the third director of the universitywide Comprehensive Neuroscience Center, which supports neuroscience research and education to a membership of more than 450 across the UAB campus. Her current leadership positions include serving as dean of the UAB Graduate School since 2015, where she oversees more than 140 graduate programs and nearly 8,000 graduate and professional students, and co-director of the National Institute of Neurological Disorders and Stroke (NINDS) R25 Roadmap Scholars Program, focused on increasing diversity in the neuroscience workforce. In addition, she is the Jarman F. Lowder Professor of Neuroscience and a tenured professor in the Department of Cell, Developmental and Integrative Biology in the UAB School of Medicine.

Among her myriad awards and recognitions at UAB, she has received the President’s Award for Excellence in Teaching, Dean’s Award for Excellence in Mentorship, and Marchase University Wide Interdisciplinary Research Center Endowed Award for innovative and collaborative leadership of the UAB Comprehensive Neuroscience Center. Nationally, McMahon has been appointed to several committees affiliated with the Society of Neuroscience and is the incoming chair of the Government and Public Affairs Committee. Previously, she served as chair of the Program Committee for the Society of Biological Psychiatry. McMahon’s experience also includes extensive NIH study section service including serving as committee chair, as well as major lectureships, a range of invited presentations at international meetings and the development of or contributions to a series of publications, manuscripts, abstracts, posters and oral presentations. Additionally, McMahon has developed community outreach programs in which research faculty, clinicians and trainees inform and educate the general public, holding events for groups that range from adults to high school students to share insights on neurological and neuropsychiatric illness and basic neuroscience research. Currently, she is on the editorial board for the Journal of Neuroscience and is a reviewing editor for several Frontiers journals.

McMahon will be assuming the research role at MUSC that is currently held by Kathleen T. Brady, M.D., Ph.D. Brady is retiring from this leadership role after more than seven years and following more than 31 years at MUSC in a wide variety of scientific and administrator’s roles. It is important to note that Brady will continue an active portfolio of funded research as a faculty member after she steps down from the vice president of Research position next year.

About the Medical University of South Carolina

Founded in 1824 in Charleston, MUSC is the oldest medical school in the South as well as the state’s only integrated academic health sciences center with a unique charge to serve the state through education, research and patient care. Each year, MUSC educates and trains more than 3,000 students and nearly 800 residents in six colleges: Dental Medicine, Graduate Studies, Health Professions, Medicine, Nursing and Pharmacy. The state’s leader in obtaining biomedical research funds, in fiscal year 2019, MUSC set a new high, bringing in more than $284 million. For information on academic programs, visit musc.edu.

As the clinical health system of the Medical University of South Carolina, MUSC Health is dedicated to delivering the highest quality patient care available while training generations of competent, compassionate health care providers to serve the people of South Carolina and beyond. Comprising some 1,600 beds, more than 100 outreach sites, the MUSC College of Medicine, the physicians’ practice plan and nearly 325 telehealth locations, MUSC Health owns and operates eight hospitals situated in Charleston, Chester, Florence, Lancaster and Marion counties. In 2020, for the sixth consecutive year, U.S. News & World Report named MUSC Health the No. 1 hospital in South Carolina. To learn more about clinical patient services, visit muschealth.org.

MUSC and its affiliates have collective annual budgets of $3.2 billion. The more than 17,000 MUSC team members include world-class faculty, physicians, specialty providers and scientists who deliver groundbreaking education, research, technology and patient care.