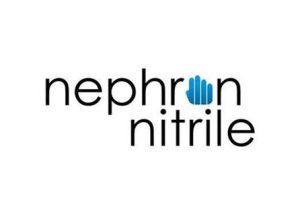 Flight Arrives on Monday With First Equipment for Glove-Making

Thanks to the hard work of indispensable logistics experts from UPS and Columbia Metropolitan Airport (CAE), Kennedy, a Made-in-America champion, led a celebration for the arrival of the first equipment – including manufacturing lines – that will allow Nephron Nitrile to begin production of gloves within weeks.

“We are excited for the arrival of this critical equipment,” said Kennedy. “But, more than that, we are grateful for the partnerships – from South Korea to South Carolina – that have allowed us to make efficient progress over the last year. Now, it is time to start making invaluable gloves right here in Lexington County.

“Nephron Nitrile is a project I have been passionate about because of the positive difference it can make around the state and country,” Kennedy added. “The supply chain disruptions, due to American dependence on foreign sources of PPE, that impacted so many confronting the pandemic underscored the need for companies like ours to step up. We are proud to be able to do it.”

Nephron Nitrile – headquartered in more than 400,000 square feet of space – is nearing the completion of construction. It represents an investment of more than $100 million in the Midlands. The plant will generate at least 250 jobs for the area.

Kennedy, and the entire Nephron team, have made reducing the American dependence on foreign sources of critical health care-related items, such as personal protective equipment (PPE) and lifesaving medications, a top priority. Kennedy joined the governor when he announced an executive order to safeguard South Carolina from supply chain disruptions, such as those caused by countries like China, experienced during the COVID-19 pandemic by working to manufacture even more essential, life-saving products in South Carolina.