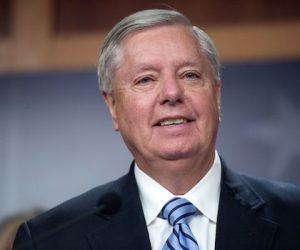 U.S. Senator Lindsey Graham (R-South Carolina) recently announced the South Carolina projects that were included in the year-end spending bill set to be debated and voted on in both the U.S. House of Representatives and U.S. Senate this week.

Graham made these funding requests to the Senate Appropriations Committee, a committee on which he serves.

Graham included numerous South Carolina funding requests that span the state. Among the requests included and approved in the passage of the bill last Friday night is $14.552 million for road safety improvements in Laurens County.

“This bill is a big win for the American military. It gives a much-needed boost to the Department of Defense and a well-deserved pay raise to our men and women in uniform. A ten percent increase in defense spending will add real dollars to our defense budget. The legislation also contains vital aid to Ukraine to deal a decisive defeat to Putin in his war of aggression.  I’m also pleased my amendment with Senator Whitehouse was adopted that allows the proceeds from confiscated property from Russian oligarchs to be sent to Ukraine to support their efforts to rebuild their country. This over time could be billions of dollars for Ukrainian war efforts.

Graham added, “However, this legislation is far from perfect and the process that led us to this point needs to change. I look forward to working with the new Republican-controlled House of Representatives to come up with a better process for next year that produces a more fiscally-sound budget.”