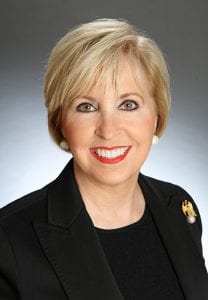 The Who’s on the Move, Non Profit Minute is a quick, two-minute interview in support of the amazing impact that local non profits have on our communities.

We would like to thank our sponsors of this video series:

Trident United Way was established as the Community Chest in 1944 in Charleston.

Charleston’s Community Chest underwent several name changes throughout the years, including Community Chest of Charleston County, Community Chest Red Cross, United Fund and United Community Services. When services were expanded in the 1970s to include Berkeley and Dorchester Counties, the organization was renamed Trident United Way.

Despite several name changes, the purpose of Trident United Way has always been clear: to be a constructive agent of change in fulfilling its mission of helping people.

Trident United Way focuses on three impact areas: education, financial stability and health. It uses a combination of program funding for other agencies in addition to serving as the backbone in collective impact initiatives that bring organizations from across the Tri-County together to solve problems that no one organization can solve alone.