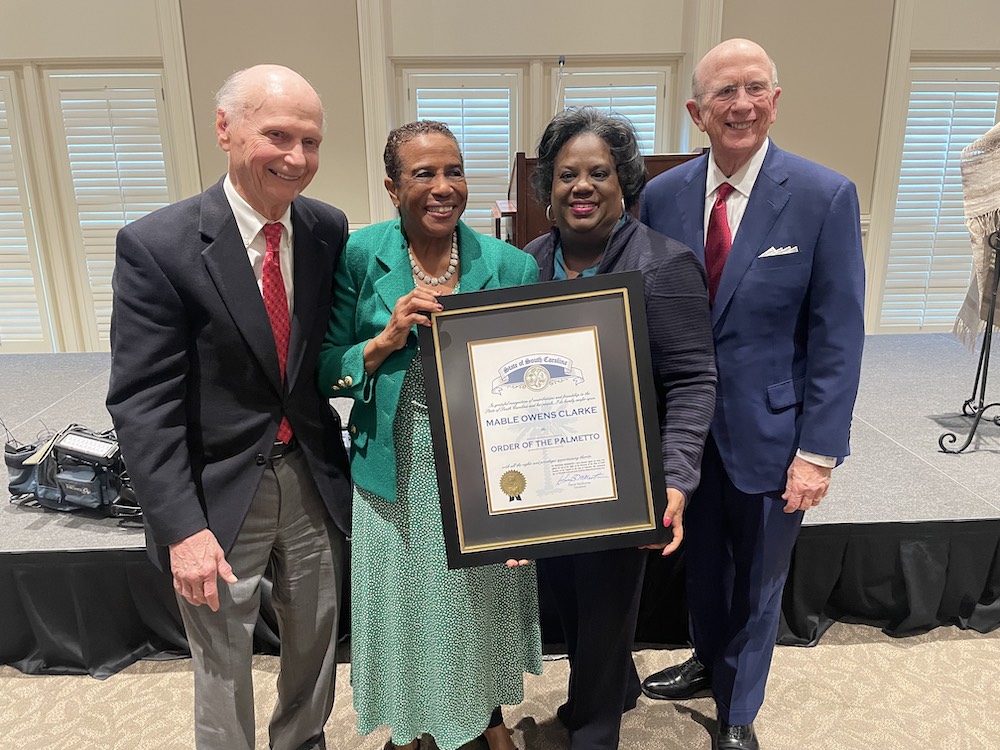 The woman who has led the campaign to save a historic Black church in Pickens County was awarded the Order of the Palmetto today.

“Having been born and raised in rural Pickens County on land purchased by my ancestors who had lived as slaves, it is humbling and amazing that my home state would recognize me with such an honor as the Order of the Palmetto,” said Clarke. “My work to serve and protect Soapstone Church has been a labor of love and honor to my parents and our God. I’m almost speechless—that’s saying something for a woman who is rarely without words.”

Former Governor and secretary of education Dick Riley, former ambassador to Canada and former state speaker of the house David Wilkins, along with Chandra Dillard presented the award to Mable Owens Clarke this afternoon at the Furman University Younts Center Thursday afternoon.

Mable Owens Clarke is the sixth-generation steward and matriarch of Soapstone Baptist Church. In 1999, after her mother died, Lula Mae made her promise never to let the historically Black church in the Liberia community of Pickens County close. In the past few months, groups including the South Carolina Conservation Bank, Upstate Forever, and the Upstate Land Conservation Fund, created a conservation easement that ensures the property will never be used for developments such as residential subdivisions or commercial operations.

The Order of the Palmetto is awarded to South Carolinians who demonstrate extraordinary lifetime achievement, service, and contributions of national or statewide significance.