When Mark Buono graduated from the College of Charleston in 1981, he always knew he would return to the Lowcountry. What he didn’t know was that it would take over 40 years.

“Life doesn’t always go as planned,” Buono told the graduates during the College of Charleston’s winter commencement ceremony on Saturday, Dec. 17, 2022. Over 150 undergraduate and graduate students received their degrees during the ceremony in TD Arena.

When Buono first enrolled in the College of Charleston, he planned on a career in medicine. But in his junior year, he took an economics class and loved it. He switched majors and graduated with a Bachelor of Science degree in economics. 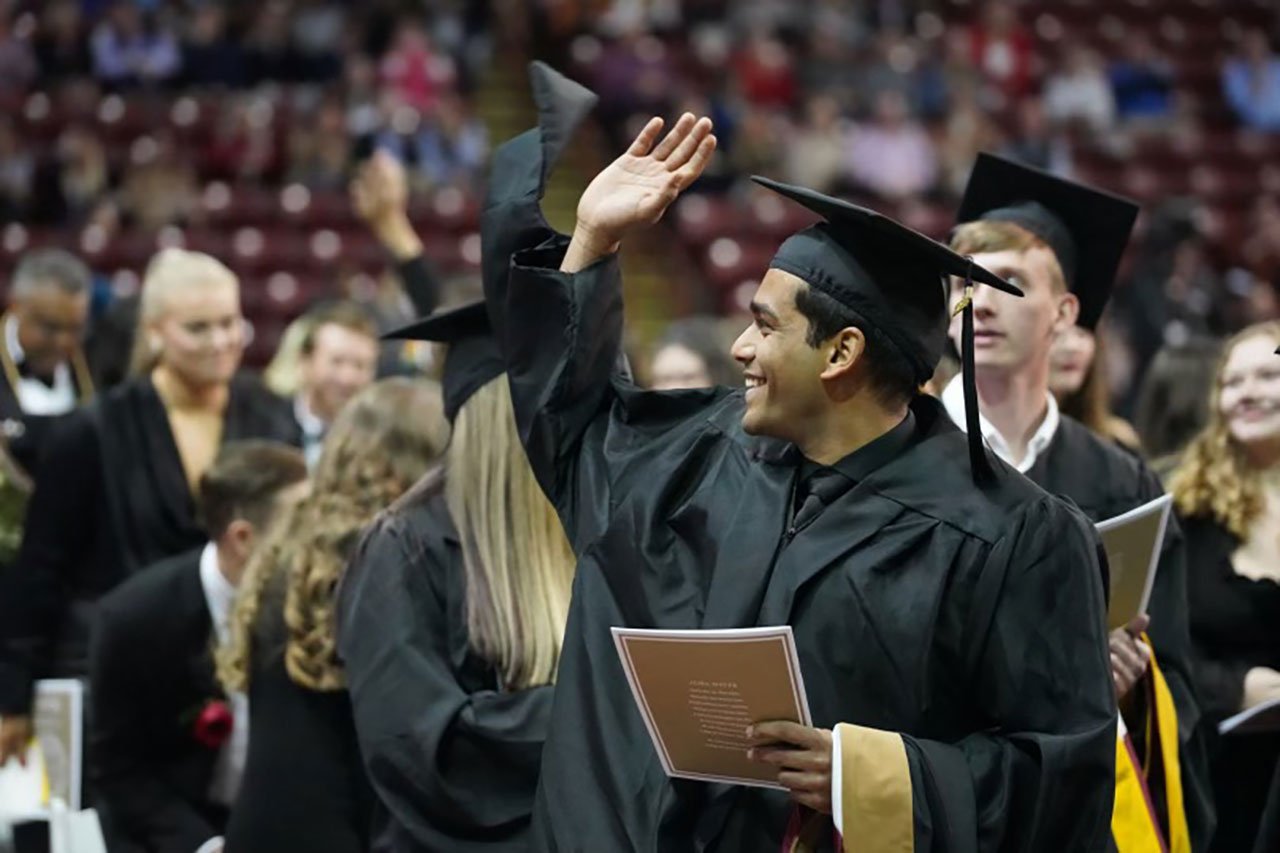 He decided to further his education, earning his doctorate in economics from the University of North Carolina at Chapel Hill, before teaching economics courses at Temple University and Rutgers University.

After several years in the classroom, Buono decided to transition to the financial industry in New York. For almost 30 years, he worked as a managing director and commercial real estate portfolio manager at the Global Atlantic Financial Group; as a managing director at Goldman Sachs; and as a researcher and trader at Freddie Mac.

During his commencement address, Buono urged the graduates to always develop their work skills and keep learning.

“You are going to make mistakes, but the important point is to learn from your mistakes so that you don’t make them again,” he said. “It is the skills that you acquire that make you valuable in the workplace.”

Buono ended his address by praising the winter Class of 2022: “In my view, you are already a success. You have graduated from the College of Charleston.”