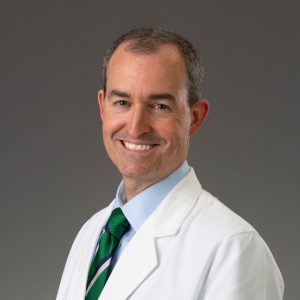 Palmetto Primary Care Physicians’ (PPCP) board of directors announced that it has appointed Dr. John Gould III as its President of the Columbia division effective March 2021.

Gould, a Columbia resident, has been an Internal Medicine physician in the community for over 18 years and has been the Medical Director of Three Rivers Medical Associates, a local independent physicians group that joined PPCP in 2019. In addition to his leadership role with Three Rivers Medical Associates, Gould has served the local healthcare community as the Chief of Internal Medicine at Prisma Health Baptist and currently serves on the Campus Executive Committee at Baptist. He is the Medical Director of Lutheran Hospice – Midlands and is an associate professor in the department of Internal Medicine at the Virginia College of Osteopathic Medicine – Carolinas Campus.

“I’m looking forward to being part of bringing high quality, cost effective health care to the Midlands in my role as president of the Columbia division of PPCP. More importantly, doing so as part of an independent physician practice places us in a unique position in this market.” states Gould.

PPCP opened its first Columbia-based medical practice in 2018 and has expanded its footprint in the Midlands to eight medical offices comprised of internal medicine and family medicine practices. The physicians group also provides patients in the Midlands with additional healthcare services including lab and diagnostic testing, imaging services and free patient education classes.

As president of PPCP’s Columbia division, Dr. Gould will oversee regional projects and initiatives that will serve to strengthen PPCP’s mission and impact throughout communities in the Midlands.

“Dr. Gould has been a champion and voice for both our physicians and patients in the Midlands since he joined PPCP,” said Dr. Brantley Arnau, President of PPCP. “We look forward to his leadership as he takes office of our Columbia division and to expanding the influence of our patient-centered programs throughout South Carolina.”

Gould holds a Bachelor of Science degree in Pharmacy from the Philadelphia College of Pharmacy and a Doctor of Osteopathic Medicine degree from the Philadelphia College of Osteopathic Medicine. His experience as a physician, clinical instructor and local business leader, brings a wealth of knowledge about the local community and a foundation to strengthen community partnerships.

“It was apparent to our board of directors that Gould’s background in leadership and his deep involvement in the community would align well with the President role,” stated Terry Cunningham, CEO of PPCP. “With our recent expansions into both the Grand Strand and Midlands, we understand that local representation is necessary to ensure that we meet the needs of our patients and also collaborate with community partners.”

In addition, other physicians appointed to officer positions in the Columbia division included: Dr. Kaoru Pridgen as Vice-President, Dr.Tasha Boone as Secretary and Dr. Dana M.I Nairn as Treasurer.