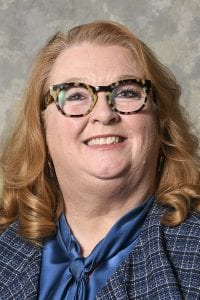 Pamela L. Christopher, of Anderson, has been sworn in as the new South Carolina Department of Transportation (SCDOT) Commissioner representing the 3rd Congressional District. She replaces Ben Davis, who served as Commissioner before retiring in September 2020.

Christopher is President & CEO of the Anderson Area Chamber of Commerce and oversees the day-to-day operations of the 800-plus business member organization.

She is a 2004 graduate of Economic Development Institute, University of Oklahoma, a 2005 graduate of the Institute for Organizational Management, University of Georgia, and holds a certificate from UNC-Charlotte in both Industry Location Factors and Strategic Planning. Christopher earned her CCE (Certified Chamber Executive) credentials in 2016, becoming one of fewer than 300 executives in the nation to have received this designation as a Chamber of Commerce professional. In 2015, she was named to the top 100 Most Influential Leaders in the Upstate by GSA Business, and she was recognized earlier this year as one of 25 Women of Influence for the Upstate by GSA Business.