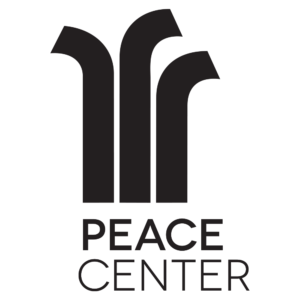 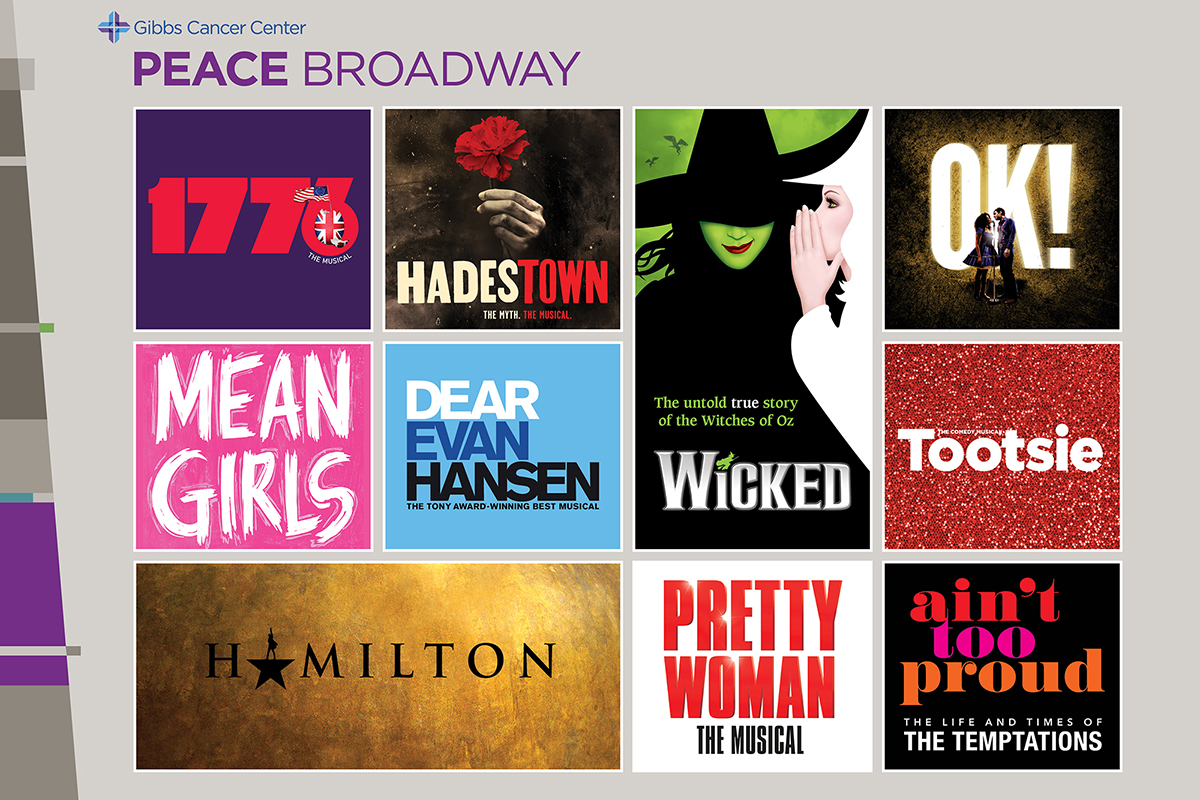 Fed up with living under the tyranny of British rule, John Adams attempts to persuade his fellow members of the Continental Congress to vote in favor of American Independence and sign the Declaration. But how much is he willing to compromise in the pursuit of freedom? And to whom does that freedom belong?

Direct from the American Repertory Theater at Harvard University, visionary director Diane Paulus (Jagged Little Pill, Waitress, Pippin) reexamines a pivotal moment in American history in a re-imagining of the Tony Award®-winning musical 1776 prior to its Broadway engagement at Roundabout Theatre Company.

So much happened before Dorothy dropped in.

Wicked, Greenville’s most ‘popular’ musical, looks at what happened in the Land of Oz…but from a different angle. Long before Dorothy arrives, there is another young woman, born with emerald-green skin — smart, fiery, misunderstood and possessing an extraordinary talent. When she meets a bubbly blonde who is exceptionally popular, their initial rivalry turns into the unlikeliest of friendships…until the world decides to call one “good,” and the other one “wicked.”

From the first electrifying note to the final breathtaking moment, Wicked — the untold true story of the Witches of Oz — transfixes audiences with its wildly inventive story that USA Today cheers is “a complete triumph! An original musical that will make you laugh, cry, and think.”

Welcome to Hadestown, where a song can change your fate. Winner of eight 2019 Tony Awards® and the 2020 Grammy® Award for Best Musical Theater Album, this acclaimed new musical by celebrated singer-songwriter Anaïs Mitchell and innovative director Rachel Chavkin (Natasha, Pierre & The Great Comet of 1812) is a love story for today… and always.

Hadestown intertwines two mythic tales — that of young dreamers Orpheus and Eurydice, and that of King Hades and his wife Persephone — as it invites you on a hell-raising journey to the underworld and back. Mitchell’s beguiling melodies and Chavkin’s poetic imagination pit industry against nature, doubt against faith, and fear against love. Performed by a vibrant ensemble of actors, dancers and singers, Hadestown is a haunting and hopeful theatrical experience that grabs you and never lets go.

“How is it that the coolest new show on Broadway is a 1943 musical?” says The New York Times. This is Oklahoma! as you’ve never seen or heard it before — reimagined for the 21st century, and now the Tony Award® winner for Best Revival of a Musical. Funny and sexy, dark and jolting, this acclaimed production of Oklahoma! “lets us experience Rodgers and Hammerstein’s greatness anew” (The New Yorker).

Stripped down to reveal the darker psychological truths at its core, Daniel Fish’s production tells a story of a community circling its wagons against an outsider, and the frontier life that shaped America. Upending the sunny romance of a farmer and a cowpoke, this Oklahoma! allows the classic musical — and our country — to be seen in a whole new light.

Hamilton is the story of America then, told by America now. Featuring a score that blends hip-hop, jazz, R&B and Broadway, Hamilton has taken the story of American founding father Alexander Hamilton and created a revolutionary moment in theater — a musical that has had a profound impact on culture, politics and education. With book, music and lyrics by Lin-Manuel Miranda, direction by Thomas Kail, choreography by Andy Blankenbuehler, and musical supervision and orchestrations by Alex Lacamoire, Hamilton is based on Ron Chernow’s acclaimed biography. It has won Tony®, Grammy®, and Olivier Awards, the Pulitzer Prize for Drama, and an unprecedented special citation from the Kennedy Center Honors.

After an incredible run on Broadway, Audience Choice Award-winner Pretty Woman: The Musical is now on tour! One of Hollywood’s most beloved stories of all time, Pretty Woman: The Musical is brought to life by a powerhouse creative team representing the best of music, Hollywood and Broadway. Featuring direction and choreography by two-time Tony Award® winner Jerry Mitchell (Hairspray, Kinky Boots, Legally Blonde), an original score by Grammy® winner Bryan Adams and Jim Vallance (“Summer of ’69,” “Heaven”), and a book by the movie’s legendary director Garry Marshall and screenwriter J.F. Lawton, Pretty Woman: The Musical will lift your spirits and light up your heart. “If you love the movie, you’ll love the musical!” (BuzzFeed News).

Featured in the musical is Roy Orbison and Bill Dee’s international smash hit song “Oh, Pretty Woman,” which inspired one of the most beloved romantic comedy films of all time. Pretty Woman the film was an international smash hit when it was released in 1990. Now, 30 years later, Pretty Woman: The Musical still “Dazzles!” (Deadline) and is “Big romance and big fun!” (Broadway.com). “Irresistible! A romantic fantasy. A contemporary fairy tale,” says The Hollywood Reporter. Pretty Woman: The Musical delivers on all the iconic moments you remember. Get ready to experience this dazzling theatrical take on a love story for the ages.

Cady Heron may have grown up on an African savanna, but nothing prepared her for the vicious ways of her strange new home: suburban Illinois. Soon, this naïve newbie falls prey to a trio of lionized frenemies led by the charming but ruthless Regina George. But when Cady devises a plan to end Regina’s reign, she learns the hard way that you can’t cross a Queen Bee without getting stung.

Call it “musical comedy heaven” (Rolling Stone). Call it “the most uproarious new musical in years!” (The Hollywood Reporter). Call it Tootsie!

This laugh-out-loud love letter to the theater tells the story of Michael Dorsey, a talented but difficult actor who struggles to find work until one show-stopping act of desperation lands him the role of a lifetime. Featuring a hilarious Tony®-winning book by Robert Horn and an outrageously clever score by 2018 Tony winner David Yazbek (The Band’s Visit, Dirty Rotten Scoundrels), this New York Times Critic’s Pick is “a joyful delight” (The Washington Post) that’s “so packed with punchlines, it should be called a jokebox musical!” (Bloomberg). “In these turbulent times, when the world seems out of balance, we need a place to let the good times roll,” raves Rolling Stone. “Tootsie is it!”

Ain’t Too Proud – The Life and Times of The Temptations is the electrifying, new smash-hit Broadway musical that follows The Temptations’ extraordinary journey from the streets of Detroit to the Rock & Roll Hall of Fame. With their signature dance moves and silky-smooth harmonies, they rose to the top of the charts, creating an amazing 42 Top Ten Hits with 14 reaching number one.

Nominated for 12 Tony Awards®, Ain’t Too Proud tells the thrilling story of brotherhood, family, loyalty and betrayal, as the group’s personal and political conflicts threatened to tear them apart during a decade of civil unrest in America.

The unforgettable story of this legendary quintet is set to the beat of the group’s treasured hits, including “My Girl,” “Just My Imagination,” “Get Ready,” “Papa Was a Rolling Stone” and so many more.

Ten-show season ticket packages are $426.50 – $1,051.50 and are available now for renewing and new subscribers. New season ticket orders will be processed in the order they are received.

Season ticket holders may opt out of Wicked, Hamilton and Dear Evan Hansen by calling the box office to complete their order.

Group and individual show tickets will go on sale at later dates to be announced.

Ticket buyers are reminded that the Peace Center Box Office is the only official retail ticket outlet for all performances at the Peace Center and is the only way to guarantee the best prices. Ticket buyers who purchase tickets from a ticket broker or any third party should be aware that the tickets may not be valid, and the Peace Center is unable to reprint or replace lost or stolen tickets and is unable to contact patrons with information regarding time changes or other pertinent updates regarding the performance.

For more information about the Peace Center and its upcoming events, visit peacecenter.org.