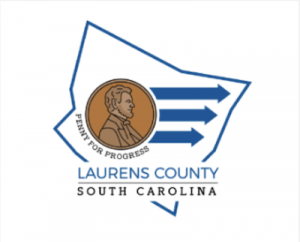 When Laurens County residents cast their vote on November 3rd a referendum for a 1-cent Capital Project Sales Tax (CPST) for Laurens County will be on the ballot. The “penny sales tax” would provide funding for up to 16 proposed projects. The list of 16 projects was approved and ranked in order of importance by a six-person commission and presented to council earlier this year.

The sales tax, if adopted, would last for eight years or when $35 million dollars is raised, whichever is first.

The Department of Revenue predicts that the CPST in Laurens County would raise approximately $51 million dollars. The commission intentionally reduced the budget to $35 million to ensure against cost overruns.

“40% of the sales tax revenue is expected to come from out-of-county people who are visiting or traveling through the county,” said Walter Hughes III, Commission chairman. The remaining $19.6 million would be paid for by Laurens County residents. With a population of 67,493 residents as of last census, this results in each resident paying $38.89/year or $3.24/month for the CPST.

There are some critical need projects in the list, that if not funded by the CPST they are likely to be paid for through property taxes.  Millage rates have increased by 17% over the last 10 years.

Any project cost overruns are the responsibility of the submitting organization not the taxpayer.

To see the proposals as submitted for each project click here.  More information will be provided in the coming weeks.