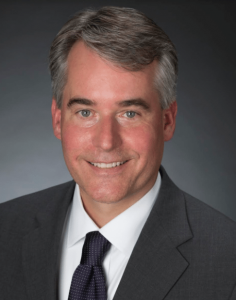 Peter G. Shand is the new President of Business Development Corporation (BDC) of SC, the non-bank, small-business lender created by the South Carolina General Assembly in 1958.

Shand joined BDC in 2013 after 25 years in the commercial lending industry, most recently with First Citizens Bank as Regional Credit Administration Officer, and the former Bank of Camden, as Senior Lending Officer.

Shand is a graduate of the University of South Carolina, and a former instructor of commercial lending at the Graduate School of Banking in Boulder, Colorado. He also served as Chairman of the South Carolina Bankers School.

“I’ve been given the big challenge of filling the shoes of Edwin Lesley, and the opportunity to help BDC continue its key role in economic development and job creation across South Carolina and the entire Southeast,” Shand said.

BDC works with banks and other lenders to provide financing to small businesses in South Carolina. Recently, BDC expanded its service coverage area, and was approved by SBA and the State of South Carolina to operate in seven (7) Southeastern states.

“Peter Shand is an accomplished business and community leader and an outstanding commercial lender.  His background in banking and especially his time as a correspondent banker add immensely to his qualifications for this new role.  I’m excited and proud to be a part of the transition of BDC’s senior role into such competent hands,” Lesley said.

About BDC and CDC

Since 1958, Business Development Corporation (BDC) has been financing small businesses in South Carolina, ultimately creating new jobs for the citizens of the Palmetto State. BDC and its associate company, Certified Development Corporation (CDC), which was founded in 1994, have approved more than 2,745 loans on projects in excess of $1.7 billion, making us leaders in economic development lending and job creation in South Carolina. Now that BDC has been approved by the state and SBA to operate in seven (7) Southeastern states, we are able to bring these benefits to a much larger market area.