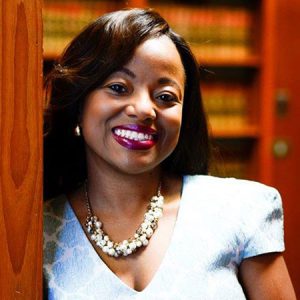 The President is announcing his intent to nominate two federal judicial nominees—both of whom are extraordinarily qualified, experienced, and devoted to the rule of law and our Constitution.

DeAndrea Benjamin has been nominated to serve on the United States Court of Appeals for the Fourth Circuit.

These choices also continue to fulfill the President’s promise to ensure that the nation’s courts reflect the diversity that is one of our greatest assets as a country—both in terms of personal and professional backgrounds.

For example, if confirmed, this slate would include:

DeAndrea Benjamin is the wife of the former Mayor of Columbia, Steve Benjamin.

The other nominee, Jabari Wamble, was nominated for the United States Court of Appeals for the Tenth Circuit from Kansas.