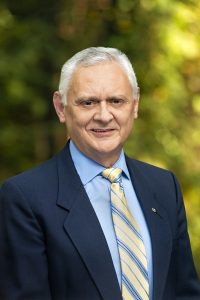 Pruitt is a Lander alum. He graduated from then Lander College in 1982 with a Bachelor of Arts in Music Education, and taught music for 13 years before going into education administration in which he has served as a principal and a superintendent. Pruitt has proudly served in school districts across the state of South Carolina, including Hampton County, Bamberg County and Spartanburg County. He is currently the Chief Academic Officer for Spartanburg County School District 7, overseeing all aspects of curriculum, instruction, assessment and leadership with the district.

In addition to his education at Lander, Pruitt also received a master’s degree in education administration from The Citadel, and a doctorate from Nova Southeastern University in Fort Lauderdale, Fla. Both his son, Scott, and his daughter, Caroline, are also Lander University alumni, as well as his niece, Emily.

“It means a lot to me to be able to serve a university that has had such a powerful impact on me personally and the lives of my family,” said Pruitt. “I consider it an honor to be able to serve, and my goal in serving on the board is to work collaboratively with the other board members, and the faculty and staff at Lander, to advance the mission of the University.”

Pruitt has always been heavily involved in his community. He was named Citizen of the Year in Bamberg County and was named Rotarian of the Year by the Rotary Club of Hampton County. He currently serves as Chairman of the Board for Ballet Spartanburg.

“Lander prepared me well for my career,” said Pruitt, “and instilled in me a desire to give back to my communities. Everywhere I’ve lived, I’ve tried to make sure I was involved in that community.”

In addition to Pruitt’s election, six of Lander’s trustees were re-elected by the General Assembly to another four year term on the Lander Board of Trustees:

“We are very fortunate to have such wonderful talent on our Board of Trustees,” said Dr. Richard Cosentino, president of Lander University. “Each one of them brings a unique perspective and important insight to our board meetings, which are vital to our decision making and moving Lander University forward.” 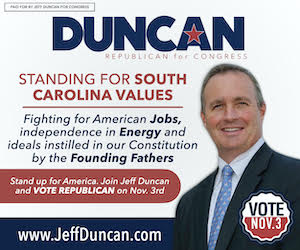