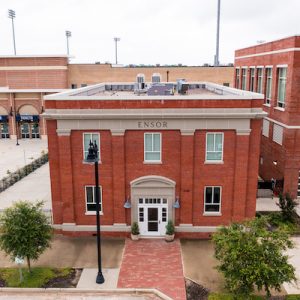 Mike Duganier, owner of Publico Kitchen and Tap, part of the All In Hospitality Group, calls his newest Publico “Version 2.0” of the wildly successful Publico that opened in Five Points in 2015. The 3,600-square-foot restaurant will have an industrial feel with exposed brick. He says it will be similar in look but also will have some distinctive features.

“Publico at BullStreet is going to be familiar enough that you know where you are when you walk in, but different enough from the Five Points restaurant to know that we’ve evolved in 2022,” says Duganier. “Our menu for the most part will be the same as the Five Points location.”

The restaurant will feature a large turfed, pet-friendly outdoor patio featuring a VIP menu — Very Important Puppy — with all the proceeds going to SQ Rescue, a no-kill animal rescue organization in Columbia.

No food is pre-made. All of the items are prepared fresh only after they are ordered. The burgers are delivered fresh, not frozen, and hand-pattied each morning. Salads are made from fresh produce from the region, and dressings are made in house from proprietary recipes. Publico is committed to supporting the community and offering guests a fresh, made-from-scratch, made-to-order meal accompanied by some of the best local craft beers in the region.

“When I see everything happening at BullStreet — the University of South Carolina’s medical school, the apartments and single-family houses, REI, Starbucks, a new brewery in the works — I know that’s a big part of Columbia’s future, and I want to be a part of it,” says Duganier.

Duganier started his career at a family-owned restaurant and bar in New York state and has taken him across the country, including opening athlete-branded restaurants in cooperation with the NFL.

His home base now is Columbia, S.C., where he sees an appetite for unique restaurant experiences in a thriving community.

Duganier’s longtime business partner and friend, Robert “Bob” McCarthy, passed away recently as plans for the BullStreet District were being finalized. “Bob was very excited about our expansion to BullStreet and the overall business plan we have for the company,” says Duganier. “The brilliance, energy and passion he devoted to the company will be honored by continuing his commitment to an unsurpassed dining experience for every guest in all of our restaurants.”

The Ensor Building is located in the geographic center of the BullStreet District, adjacent to Segra Park and the First Base Building, the largest private office building built in Columbia since 2009.

The 181-acre BullStreet District is the largest urban redevelopment project on the East Coast and is South Carolina’s first urban gigabit community, just one mile from the S.C. State House in downtown Columbia, S.C. Learn more at http://www.bullstreetsc.com.

Known as the largest urban redevelopment project on the East Coast, the BullStreet District is an active transformation of the historic, 181-acre South Carolina State Hospital campus into a vibrant, mixed-use lifestyle district that reflects the authenticity of downtown Columbia, S.C. The state’s first urban gigabit community, BullStreet is a city-within-a-city, located one mile from the S.C. State House and anchored by the award-winning stadium, Segra Park, home of the Columbia Fireflies Minor League Baseball team. Well into a 20-year buildout that started in January 2015, the district already is home to an array of local and national businesses, including REI Co-Op and Capgemini. BullStreet contains 125,000+ square feet of commercial/office and retail space and is zoned for up to 3.3 million square feet of commercial use and 3,558 residential units. Follow @BullStreetSC and #BullStreetSC on Twitter, Instagram and Facebook, and learn more at http://www.bullstreetsc.com.

About the All In Hospitality Group

All In Hospitality Group was founded in 2015 by Mike Duganier and Robert McCarthy — two of the nation’s most experienced and talented restauranteurs — who worked together across the country on various projects, including opening and managing athlete-branded restaurants in cooperation with the NFL. Using their own funds and expertise, they opened their first Publico Kitchen and Tap in Columbia, S.C. and later their second location in Atlanta, Ga. In addition to the third Publico coming to the BullStreet District in Spring 2022, All In Hospitality Group is preparing to open Boku in the Vista. Boku will deliver bold flavor profiles and a Pan-Asian menu that provide both familiar and less familiar offerings. The beverage program will feature a wide variety of sakes along with “Trader Vic’s” style premium cocktails. The design mission is to build a hip, unique and comfortable restaurant with subtle Asian design elements. The vibe will be cosmopolitan with a “buzz” permeating the space. Mr. McCarthy passed away in late 2021 while making final plans for the Columbia restaurants.