Back in its hay day, The State newspaper hosted an annual pumpkin-carving contest for employees. I’m crafty and clever but could never win a prize. One year, things changed. One year I got some Halloween inspiration from Erin Brockovich. Actually, the inspiration came from her bosom. 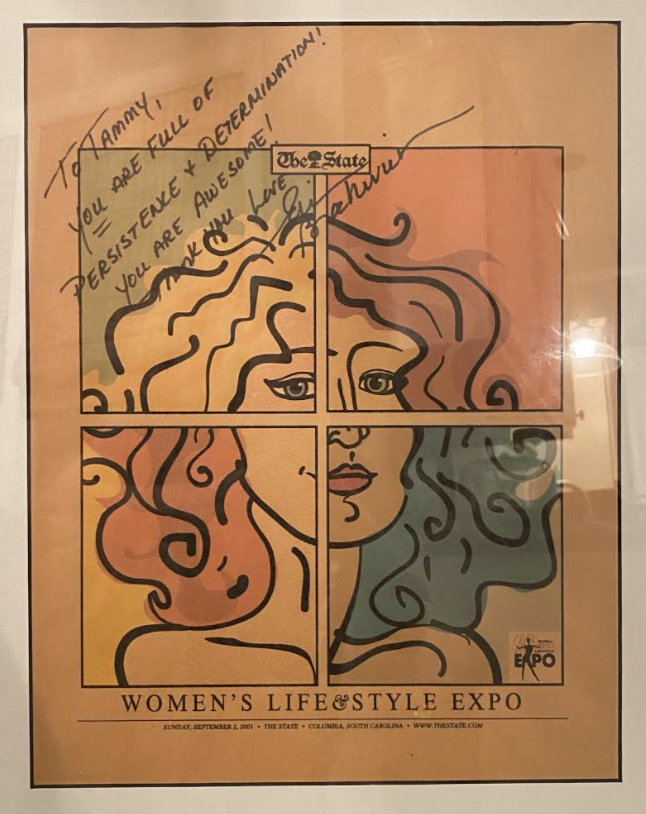 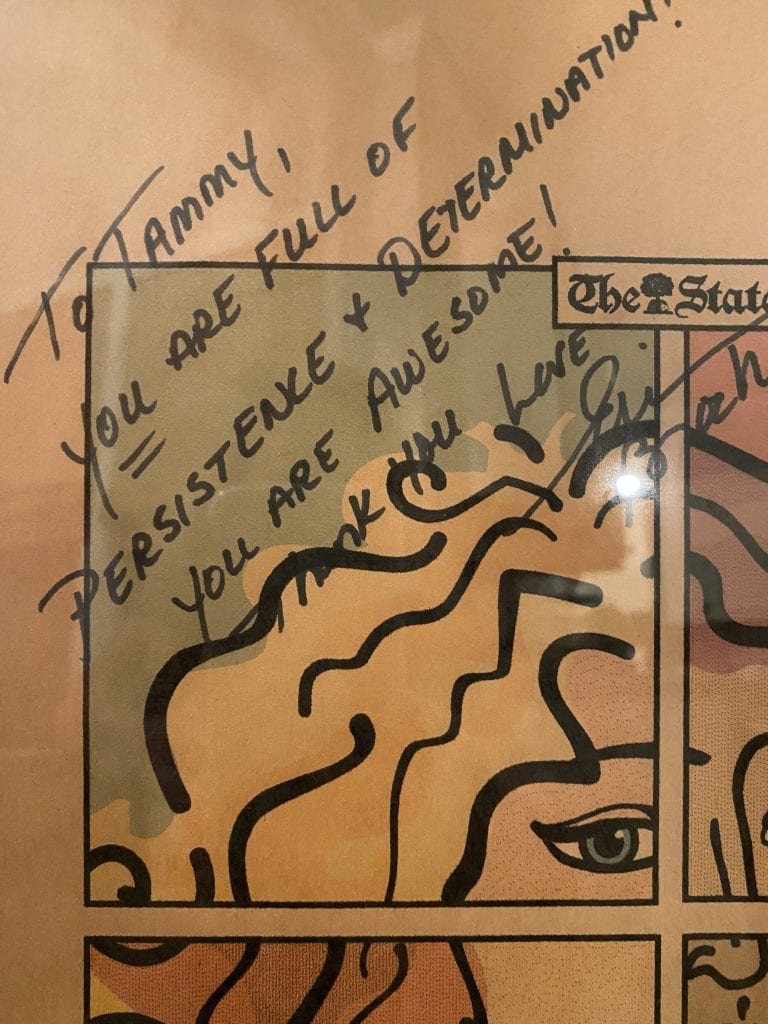 My team was organizing a huge event, the first Women’s Expo, and I was in charge the keynote speaker, Erin Brockovich. Julia Roberts had just won the Academy Award for her portrayal of the bold, beautiful environmental activist, and the real Brockovich was a hot commodity on the speakers’ circuit. We got a signed contract and worked out logistical details. Time for marketing. That’s when Brockovich’s bosoms became an issue. Brockovich showed cleavage in all of her promotional photos, and our marketing director didn’t like that. He couldn’t cover her bosoms up, so he cropped them out every single time. I disagreed with his decision. I argued that her appearance and her boobs were part of her identity. I never won that battle, but not for lack of trying. 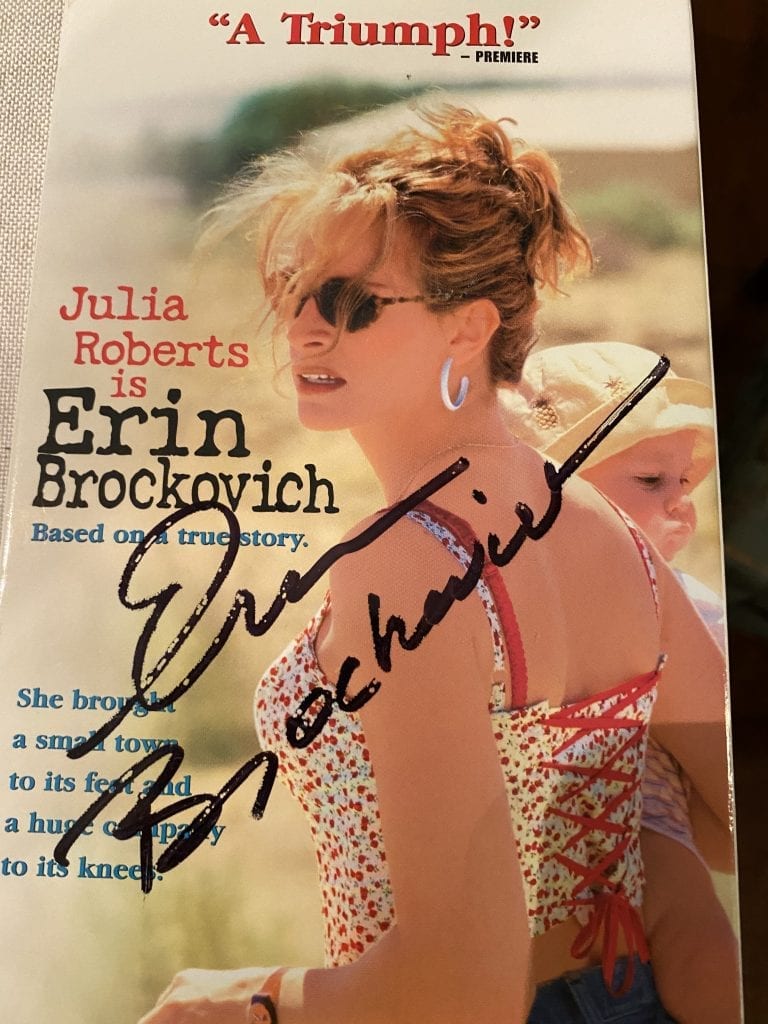 All of the debate about cleavage happened around the time of the jack-o-lantern competition. The marketing director had the last say when it came to promotional materials, but I had a plan that just might help me win the pumpkin-carving contest.

I decided to decorate a pumpkin like Erin Brockovich. My Erin “Pumpkovich” would show as much pumpkin cleavage as she liked. I used three pumpkins – the main pumpkin and two smaller ones. I wrapped a black, lacy strapless bra around the base of the large pumpkin and placed the appropriate-sized gourds in the cups of the bra. I put a blonde wig on my pumpkin and created a big, beautiful voluptuous mouth. My gorgeous gourd had long fake eyelashes and rouge on her pumpkin cheeks. She was a thing to behold.

That year, I finally won a prize. Erin Pumpkovich, with her overflowing gourds, stole the show.

The Women’s Expo had also been a success. The real Erin Brockovich was delightful, impressive, and also stole the show. I couldn’t let her leave without getting an autograph. Instead of simply signing her name, she wrote a note that said, “Tammy, you are full of determination and persistence.” A note like that from the queen of determination and persistence; I needed to have that framed. It was ready for pick up on Halloween Day. I smiled when I placed my framed Erin Brockovich note in the back seat next to the Erin Pumpkovich pumpkins with the third-place ribbon still attached.

Tammy Davis is a teacher and a writer, finding lessons in everyday life. For more photos, videos and podcasts, visit www.tammydavisstories.com. Follow Davis on Instagram @tammydavisstories.