The Citadel is searching for the college’s next Commandant of Cadets.

The Citadel Commandant of Cadets is a vice presidential position that is responsible for the command, leadership development and oversight of the 2,300-member South Carolina Corps of Cadets. The Citadel President, General Glenn Walters, USMC (Ret.), initiated the search Nov. 2 to identify the next leader for the role that is crucial to the success of the Military College of South Carolina. 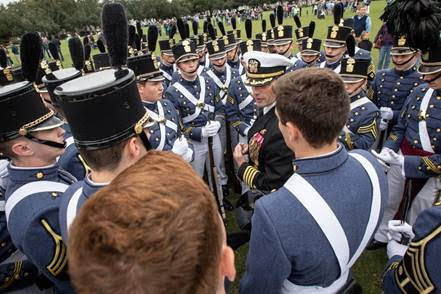 The search follows an announcement by General Walters about the upcoming retirement of current commandant, Captain Geno Paluso, at the end of the current academic year.

“Since arriving in July 2014, Captain Paluso demonstrated the same professionalism, grit, energy and determination as Commandant that made him a highly successful and decorated U.S. Navy SEAL officer. He was a superlative, dynamic leader in the Fleet, and brings the same each day to his alma mater as Commandant.

Like the military, The Citadel is a learning organization, and after carefully assessing the Corps’ leadership training model, Captain Paluso began adding much-needed structure and renewed focus. He also established experiential training events including leadership reaction courses for cadre and individual classes, and cadet officer and non-commissioned officer academies. These refinements advanced The Citadel’s overall leadership development model, enhancing the ability of the Corps to lead and command the Corps. Captain Paluso’s innovations give our cadets additional tools to be strong, professional and effective leaders.”  Gen. Glenn M. Walters, USMC (Retired), ’79, The Citadel President 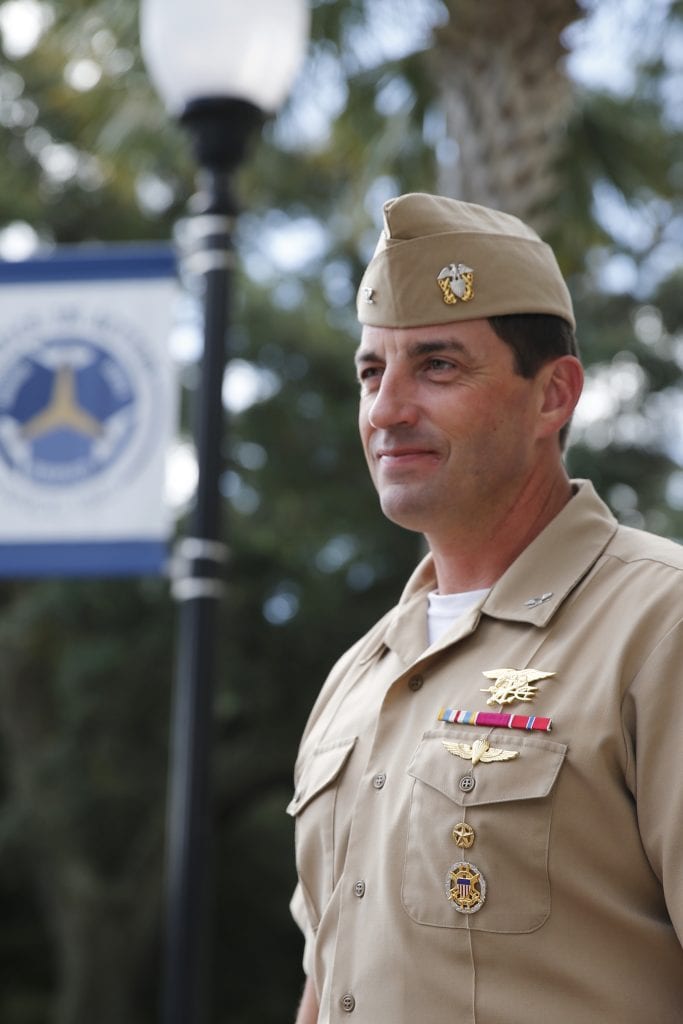 Captain Geno Paluso, USN, (Ret.), ’89, photographed during his second semester as Commandant of Cadets in March 2015 on The Citadel campus

Paluso graduated from The Citadel in 1989 with a Bachelor of Science in Mathematics. He retired from military service in 2014 as commander of the Naval Special Warfare Group Three at Pearl Harbor, Hawaii. During his 25-year military career, Paluso held leadership roles commanding special operations forces in Africa, Iraq and Afghanistan. He has led men and women in combat at all levels. His service awards include the Defense Superior Service Medal, Defense Meritorious Service Medal, Bronze Star, Meritorious Service Medal (2), Joint Commendation Medal (2), Navy Commendation Medal (5), Joint Achievement Medal and the Navy Achievement Medal.

Some of the position requirements for his successor as outlined in the job posting include the following:

The commandant must be able to effectively supervise a diverse staff of senior and mid-level reserve and retired officers and civilian employees. A demonstrated commitment to principled, ethical leadership and professional education is required. The commandant must have recent professional experience in the development of young leaders. The successful candidate should possess and maintain a level of physical condition that will allow participation with cadets during physical training and present the military appearance of the candidate’s respective service.

The committee intends to begin the first round of interviews early in 2021. Top candidates will be invited to make public presentations on campus which will be announced in advance by the college.

The search committee hopes to have the new commandant in position before the end of the 2020-21 academic year.