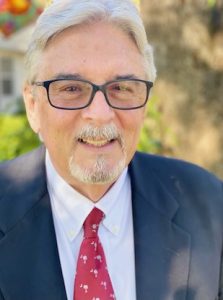 Former Clinton Mayor Randy Randall announced this week he will run once again to serve as the city’s mayor.

Randall previously served in local government for a total of 17 years, including serving as mayor from 2002-2013.

The city took significant steps forward under his leadership. The Clinton Challenge 007 and Clinton Focus 2013 strategic plans were both started and completed under his leadership. These plans were catalysts for new economic development, jobs, recreation and the marketing of the city. During his tenure, Clinton saw the addition of Sterilite, the development of ClintonPark Corporate Center, and the acquisition of more than $7 million in grants for everything from economic development to city beautification.

Under his leadership, the frontage road connecting exits 52 and 54 on I-26 was completed. The city also received an $800,000 grant from the State of South Carolina to expand the sewer system at the I-26 and Hwy 72 exit. This was the spark needed for what turned into the Hampton Inn, Fatz Café and all of the development taking place in that area today.

“Even in challenging economic times, our city council and three different city managers worked very hard to move our city forward,” Randall said. “The vision of these public servants, along with the leadership of the Clinton Economic Development Corporation and our outstanding city employees, gave our city momentum to build for the future., including much of the development happening now.”

Randall has worked tirelessly to promote Clinton in our state, region, and nationally. He served as the chair of the Clinton Newberry Natural Gas Authority. He was president of the Municipal Association of South Carolina’s board of directors. He served as chairman of the board of directors of Piedmont Municipal Power Agency. From 2013-20, he served on the South Carolina Public Service Commission with a two-year term as chairman, regulating all investor-owned electric, natural gas, and water utilities operating in South Carolina.

Randall was employed at Presbyterian College for 34 years. He has been the public address announcer for PC football for more than 40 years. He has a B.S. degree from PC and a Master’s degree from the University of Georgia. In addition to his work in government, he is very active in the community and is ordained as an elder at First Presbyterian. He has been married for 43 years to the former Kim Byers, who is employed at Arthur State Bank. They have two daughters, Dr. Kelley R. Castaneda, who is a registered pharmacist at Sadler Hughes Apothecary in Clinton and Taylor Randall Marlatt, who is the director of the annual fund at Christ Church Episcopal School in Greenville. He and Kim have five grandchildren.

“Every day is a great day in the City of Clinton,” he said “It was an honor to work for our citizens in the past, and I hope to continue serving them for the next four years. We have come a long way in challenging times, and I am very excited about Clinton’s future. My promise is to always try to do what is right for all the people of Clinton. I will use positive leadership and all my experience at the local, state, and national level to move our great city forward. I will work hard to listen, to gain your trust and to conduct the business of our city in an open and forward-thinking way.”

The city’s municipal elections will be held on Tuesday, March 7, 2023.