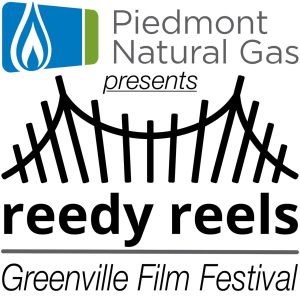 GREENVILLE, S.C. – Movie lovers will see more than 50 films at the Piedmont Natural Gas Presents Reedy Reels: The Greenville Festival being February 17 to February 19 at the South Carolina Children’s Theatre in downtown. A total of 143 films were submitted for this year’s festival, and an 11-person review committee spent the past two months coming up with the final list.

“There were plenty of tough choices as we worked through the process of selecting a series of features, documentaries and short films to come up with this year’s schedule,” said one of the founders of Reedy Reels. “We know the people of our region are going to be excited to see them.”

The festival will include a dedicated student film session and a dedicated Indie Grant session. The festival showings include a mix of cinematic genres and styles collide at a special screening of the most recent Indie Grants short films, including projects shot in the Upstate. Filmmakers will be on hand for Q&A immediately following each film session. After the Indie Grant session, staff will be there to talk about the program and upcoming funding cycle. Indie Grants is a grant program for independent filmmakers and other production professionals in South Carolina. It produces high-quality narrative projects that have screened at festivals such as Sundance, Tribeca, Palm Springs, Austin, San Sebastian, Tall Grass, FantasticFest, and hundreds more.