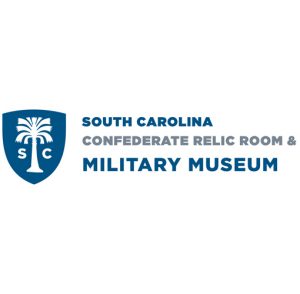 The South Carolina Confederate Relic Room and Military Museum will join museums nationwide in the Blue Star Museums initiative, a program that provides free admission to currently-serving U.S. military personnel and their families this summer.

The 2021 program will begin at the Relic Room on Armed Forces Day, Saturday, May 15, and end on Sept. 4, the Saturday before Labor Day. Find the list of participating museums at arts.gov/bluestarmuseums. Blue Star Museums is an initiative of the National Endowment for the Arts in collaboration with Blue Star Families, the Department of Defense, and participating museums nationwide.

The Relic Room will be offering the free admission to military personnel and up to five family members every normal day of operation this summer. It will not be open on Memorial Day or Labor Day, however.

“It has long been a practice of our museum to offer free admission to uniformed personnel on certain days,” said Allen Roberson, the director of the Relic Room. “We’re always excited to work with Blue Star to expand that benefit to include all military personnel and their families in the summer.”

“Like the resilience that military families demonstrate time and again, the Relic Room is an example of resiliency in the arts sector over the past year,” said Ann Eilers, acting chairman of the National Endowment for the Arts. “We are grateful to the Relic Room for their leadership in strengthening community through their participation in the Blue Star Museums program this summer.”

Blue Star Museums include children’s museums, art, science, and history museums, zoos, gardens, lighthouses, and more, in all 50 states, as well as the District of Columbia, Puerto Rico, and the U.S. Virgin Islands. The current list of participating museums will continue to develop over the summer, as organizations are welcome to register to be a Blue Star Museum throughout the summer.

“We are thrilled to celebrate the launch of the Blue Star Museums 2021 program! Thank you for participating in this impactful and highly anticipated program,” said Kathy Roth Douquet, CEO Blue Star Families. “Because of museums such as yours and their counterparts in the arts community, military families have the opportunity to create special memories and experience the arts again!”

About the National Endowment for the Arts

Established by Congress in 1965, the National Endowment for the Arts is the independent federal agency whose funding and support gives Americans the opportunity to participate in the arts, exercise their imaginations, and develop their creative capacities. Through partnerships with state arts agencies, local leaders, other federal agencies, and the philanthropic sector, the Arts Endowment supports arts learning, affirms and celebrates America’s rich and diverse cultural heritage, and extends its work to promote equal access to the arts in every community across America. Visit arts.gov to learn more.