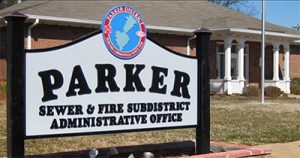 Firefighters covering the southern portion of the Parker Sewer and Fire Subdistrict have relocated to 1 Medshore Way, which is near Mills Avenue in the Dunean community.

They moved from Station 54 at 86 Allen Street after Parker leaders discovered structural issues several months ago.

Modern fire trucks were too heavy for the fire house, which was built in the 1950s and housed Engine 4 and reserve Engine 6 along with four personnel per shift. In the past, trucks didn’t carry as much water and equipment as today’s trucks. The additional weight makes the trucks too heavy for the station’s floor.

Since 1942, the mission of the Parker District Fire Department is to ensure the health and safety of the citizens and visitors of Parker Sewer and Fire District. They do this by saving lives and reducing property loss from fire and other emergencies. They also ensure that the building and structures within Parker District meet applicable fire and related codes. Learn more at www.parkerfd.com.