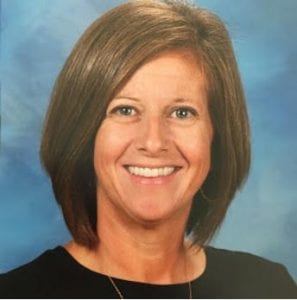 Kirby and Murray are part of Richland Two’s first cohort of APEC Fellows at Columbia College. APEC is an alternative certification program that allows current Richland Two classified staff to earn their initial teaching certification while continuing to work as an instructional assistant. Four districts are participating in this program.

The APEC Fellow of the Year is presented to the APEC Fellow who most exhibits the professional commitment and academic excellence of a future educator. Kirby received this award because she has demonstrated excellence in her coursework at Columbia College and in her teaching performance in her classroom experience. Columbia College supervisors noted that, ”she is always prepared, shows initiative in the classroom, seeks opportunities for professional growth, and is dedicated to professional growth.”

The APEC Professional Commitment Award is presented to the APEC Fellow that most exhibits commitment to learning and professional growth. Murray received this award not only for his dedication to his own professional growth but also for his encouragement and support of his peers. Columbia College supervisors noted that, “Murray is definitely a team player and takes the time to help his peers with technology and coursework. He is optimistic and encouraging! He is going to be an asset to the school community he joins next year!”