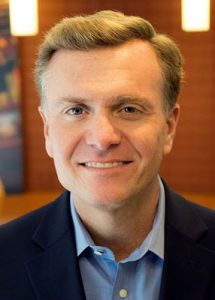 Rick Redden, president of Wells Fargo’s Atlantic Region, will retire by the end of March. Redden is a well-respected, longtime banking leader throughout the Carolinas and Mid-Atlantic, with a career spanning 28 years with Wachovia and Wells Fargo.

A graduate of Wando High School in Mt. Pleasant, South Carolina, Redden earned a degree from Appalachian State University, a Master of Business Administration from Georgia Institute of Technology, and then joined Wachovia in 1993 as a corporate banker in Winston-Salem. After returning to Charleston in 1996, Redden led South Carolina commercial banking, business banking, risk management and retail banking in various executive roles, and then ultimately served as president of the bank’s South Carolina operations. In 2014, Redden was promoted to lead Wells Fargo’s Carolinas region, which expanded to include the Mid-Atlantic states in late 2015.

“Rick is recognized as a banking leader among leaders, influencing strategy, and directly managing highly successful lines of business over his 28 years with the company” said Michelle Lee, head of Wells Fargo’s Regional Banking. “More importantly, Rick is an amazing human being. His values and example inspire. While I and so many will miss him at Wells Fargo, we wish him well as he and his family create an exciting, successful future.”

Redden has a long history of community involvement, including serving as the past chair of the South Carolina Bankers Association (SCBA), past chair of the Economic Leadership Council of the Charleston Regional Development Alliance, as well as a former board member of the Juvenile Diabetes Research Foundation, the Clemson University Board of Visitors, the Presbyterian College Board of Visits, the Palmetto Business Forum and the Roper St. Francis Foundation. He currently serves on the Kennedy Center National Symphony Orchestra Board of Directors, and the Appalachian State University Executive Advisory Council.

“Rick served as the chairman of the SCBA Board of Directors in 2012,” said Fred Green, president of the SCBA. “In addition to forging a solid business relationship, we quickly formed a close personal relationship that remains in place today. I am proud of Rick’s many accomplishments and his strong desire to maintain South Carolina as his home, and I’m excited to see what the future holds for Rick and his family.”

Redden’s retirement follows a decision to remain in Charleston rather than relocate to take on expanded market responsibilities.

“I feel extraordinarily blessed to have had almost 30 years with a company that gave me wonderful experiences, great colleagues, and much personal and professional growth, all while raising a family with Angela, my wife, in one home, and becoming rooted in South Carolina and the Charleston communities. Angela and I are excited to see what the next chapter holds, professionally and personally,” said Redden.

Wells Fargo & Company is a leading financial services company that has approximately $1.9 trillion in assets and proudly serves one in three U.S. households and more than 10% of all middle market companies in the U.S. We provide a diversified set of banking, investment and mortgage products and services, as well as consumer and commercial finance, through our four reportable operating segments: Consumer Banking and Lending; Commercial Banking; Corporate and Investment Banking; and Wealth and Investment Management. Wells Fargo ranked No. 30 on Fortune’s 2020 rankings of America’s largest corporations. In the communities we serve, the company focuses its social impact on building a sustainable, inclusive future for all by supporting housing affordability, small business growth, financial health and a low-carbon economy.