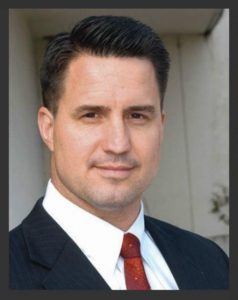 During a recent episode of “One Nation with Brian Kilmeade,” retired U.S. Army General and former CIA Director David Petraeus provided the following observations about the Russian military: “They have failed to integrate their ground maneuver and their air assets, something we thought they would use to great effect. That’s really the essence of blitzkrieg going all the way back to, say, 1939, and they haven’t been able to achieve combined arms effects. In other words, using armor together with infantry, with engineers, with indirect fire, mortars, artillery, drones and all the rest of that, they just have not seen any of those kinds of operations, which again, we take for granted and are just the normal standard.”

Three weeks into the Russian invasion of Ukraine, Americans have witnessed a great deal of the brutality of the war. We are all sickened by the images, and we pray for the end to come. At this point, most understand that NATO supports Ukraine, but it will not risk nuclear war by direct confrontation with the Russian military: Including the non-establishment of a “no-fly” zone.

Most have seen things like the massive Russian convoy, stretching potentially 40 miles, coming from Belarus south to the outskirts of Kyiv. What’s not as clear from the network coverage are reasons the Russian advance has been held up, despite overwhelming military numerical superiority. From my own military experience, as well as information from various sources, I would like to offer the following about Russian missteps beyond the logistics issues from one of my recent articles.

The critical problem with the Russian military appears to be a lack of training, both individual and collective. Most have seen the reports that Russian conscripts make up a substantial number of the invading forces and Russia has admitted the use of conscripts in Ukraine. In Russia, all male citizens aged 18-27 must serve for 12 months in the armed forces in what Russia calls “Universal Military Obligation.” These are the conscripts, and most will complete this required service at the ages of 18-20. For context, in the U.S. military and in NATO nations, all service is voluntary, but the length of service is at least three to four years for one enlistment. For many specialties, servicemembers train for just under a year to complete the basic and advanced individual training. Then new military members train with their unit to become truly proficient.

With only 12 months of service, Russian conscripts would have been woefully undertrained for major combat operations compared to U.S. and NATO troops, and morale would suffer.

As General Petraeus made clear, Russians have shown an utter failure of combined arms effects. Russian collective training appears to have been woefully inadequate.

We’ve seen a number of reports of Russian Infantry not dismounting vehicles to clear for Armor in Ukraine.

Logistics must be integrated in training to coordinate resupply.

The Russian ground maneuver failures have caused an invasion planned for a few days to stall for weeks. The convoy outside Kyiv is probably being held up due to what the Russian military faces going into a city like Kyiv. Cities bring the toughest fighting and the greatest need for highly trained units skilled in combined arms maneuver. The Ukrainians have had weeks to prepare Kyiv, and cities favor defenders. This same dynamic is similar in other cities holding out against overwhelming Russian forces.

One major problem with the lack of Russian success: When the Russian military becomes frustrated due to lack of success in seizing cities they will violate all accepted laws of land warfare. They will level cities with indiscriminate artillery and air and missile strikes. We saw this in the way the Russians, under Putin’s leadership, handled Grozny during the second Chechen War. Grozny was leveled, and an estimated 10 percent of the civilian population of Chechnya was killed, with over half displaced.

I’m reminded of Psalm 37:9, which tells us: “For the evildoers shall be cut off, but those who wait for the LORD shall inherit the land.” We should continue supporting Ukraine with lethal aide and with the faith that Ukrainian children will inherit their parents’ land.

The Russians have failed due to poor training and preparation, and will be held to account if they level cities in frustration. They will be cut off from Ukraine in the end.