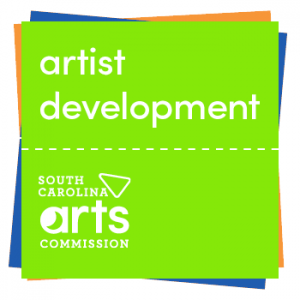 The South Carolina Arts Commission (SCAC) Board of Directors approved four $5,000 fellowships among several other FY22 grant awards to be announced on a later date. The SCAC’s four fellows are:

Individual artists residing in South Carolina full-time were invited to apply last fall for a fellowship in any of the four categories represented in this cycle. Out-of-state panelists were recruited from each of those disciplines to review applications. Starting with this cycle and going forward, applications are no longer anonymous and awards no longer made solely on artistic merit. The panelists also considered achievements and commitment to the discipline in which artists apply, which can be more than one if separate applications are submitted. Panelists then recommend recipients of each $5,000 fellowship.

“Fellowships recognize and reward the artistic achievements of exceptional South Carolina individual artists. Recognition from a fellowship lends artistic prestige and can often open doors to other resources and employment opportunities,” SCAC Executive Director David Platts said. “We will no doubt hear more from these amazing artists, and we congratulate them on this honor.”

A diverse group of panelists reviewed applications from the discipline in which they work. The visual art and craft panelists were Kesha Bruce, a curator and artist programs manager for the Arizona Commission on the Arts; arts consultant and curator Mark Leach based in St. Louis; and Holly Blake, residency manager for Headlands Center for the Arts in Sausalito, California. Reviewing media production applications were panelists Eleanor Savage, activist and program director with the St. Paul, Minnesota-based Jerome Foundation; and Bill Gaskins, (re)director of the Maryland Institute College of Art’s photographic and electronic media graduate program. Writer and producer April Turner of Charlotte was the media screenwriting panelist.

Four fellowships per year are awarded to artists working in rotating disciplines. One artist from each of these fields: prose, poetry, and theatre acting and playwriting will be honored in fiscal year 2023. To be eligible, artists must be at least 18 years old and a legal U.S. resident with permanent residence in the state for two years prior to the application date and throughout the fellowship period. Applications will be accepted later this summer following announcement by the SCAC. For more on discipline rotation, eligibility requirements, and the application process, please visit https://www.southcarolinaarts.com/grant/fel/.

Kristi Ryba | Visual Arts | Charleston County
Winner of the 2020 South Arts State Fellowship for South Carolina and a 2018 ArtFields second place award, Ryba’s work has been touring the Southeast in painting and printmaking exhibitions since 1990. A Magna cum laude graduate of the College of Charleston, Ryba also studied at Vermont Studio School and Studio Camnitzer in Valdotavvo, Lucca, Italy, and has her Master of Fine Arts from Union Institute and University, Vermont College. She has won various awards and scholarships. A founding organizer of Print Studio South, Inc., she served as its president and on its board and has taught locally in both adult and children’s programs. Ryba was one of 10 artists featured in a 2002 Piccolo Spoleto exhibit and was invited to exhibit in Contemporary Charleston 2004 and in Helping Hands: an artist’s debut among friends in 2005. Her work was featured in the 2018 Biennial in Columbia. Ryba also exhibited at Silo in New York City and her work was in the 2007 SOHO20 Chelsea show honoring The Feminist ART Project.

Clay Burnette | Craft | Richland County
Clay Burnette is a self-taught pine needle basketmaker who has been coiling longleaf pine needles with waxed linen thread since 1977. Burnette’s work is included in numerous public and private collections—including the State Art Collection—and has been included in more than 250 exhibition venues throughout the U.S. and abroad for 40-plus years. He has also been published in numerous international, national, and regional magazines, catalogs, and fine craft publications. Burnette has taught at Arrowmont School of Arts and Crafts in Gatlinburg, Tennessee since 2015. Images of his work are available at www.clayburnette.com.

Sherard Duvall | Media: Production | Richland County
Sherard “Shekeese” Duvall is a film and messaging professional from Columbia, S.C. He specializes in visual storytelling, film education, media strategy, diversity consulting and is an advocate of Hip-Hop culture. He’s produced commercial and documentary projects for VH1, Oxygen, and more. A 2021 Liberty Fellow, a 2016 Riley Fellow, a Leo Twiggs Arts Leadership Scholar and one of the founders of Columbia’s Hip-Hop Family Day: Love Peace & Hip-Hop. A 2001 University of South Carolina grad, Sherard is a product of Richland District One schools. Sherard is the Founder and Executive Producer at OTR Media Group, and the proud dad of his son, Cairo.

Triza Cox | Media: Screenwriting | Florence County
Triza Cox is a playwright, screenwriter, and theatre artist. She is currently the South Carolina Ambassador for the Dramatists Guild and is an associate member of the Society of Stage Directors and Choreographers. Her research and creative work center on playmaking using Jungian archetypes, motifs, and symbols of the collective unconscious. Triza holds an MFA in Theatre Performance from the University of Louisville and has trained with Dell’Arte International School of Physical Theatre and the Mandala Center for Change as a Theatre of the Oppressed Facilitator. Her original plays include A Last Supper; The Willing, which recently received a staged reading with Triad Stage in Greensboro, North Carolina; God in the Midst of it All; and Lil’ Bard which was a semi-finalist in NYU’s New Plays for Young Audience 2018 and premiered at Charlotte’s Children Theatre in a staged reading. Triza has received a Kentucky New Voices grant for her playwriting.

A state agency created by the South Carolina General Assembly in 1967, the SCAC works to increase public participation in the arts by providing grants, direct programs, staff assistance and partnerships in three key areas: arts education, community arts development, and artist development. Headquartered in Columbia, S.C., the SCAC is funded by the state of South Carolina, by the federal government through the National Endowment for the Arts, and other sources. Visit SouthCarolinaArts.com or call 803.734.8696, and follow @scartscomm on Facebook, Instagram, and Twitter.