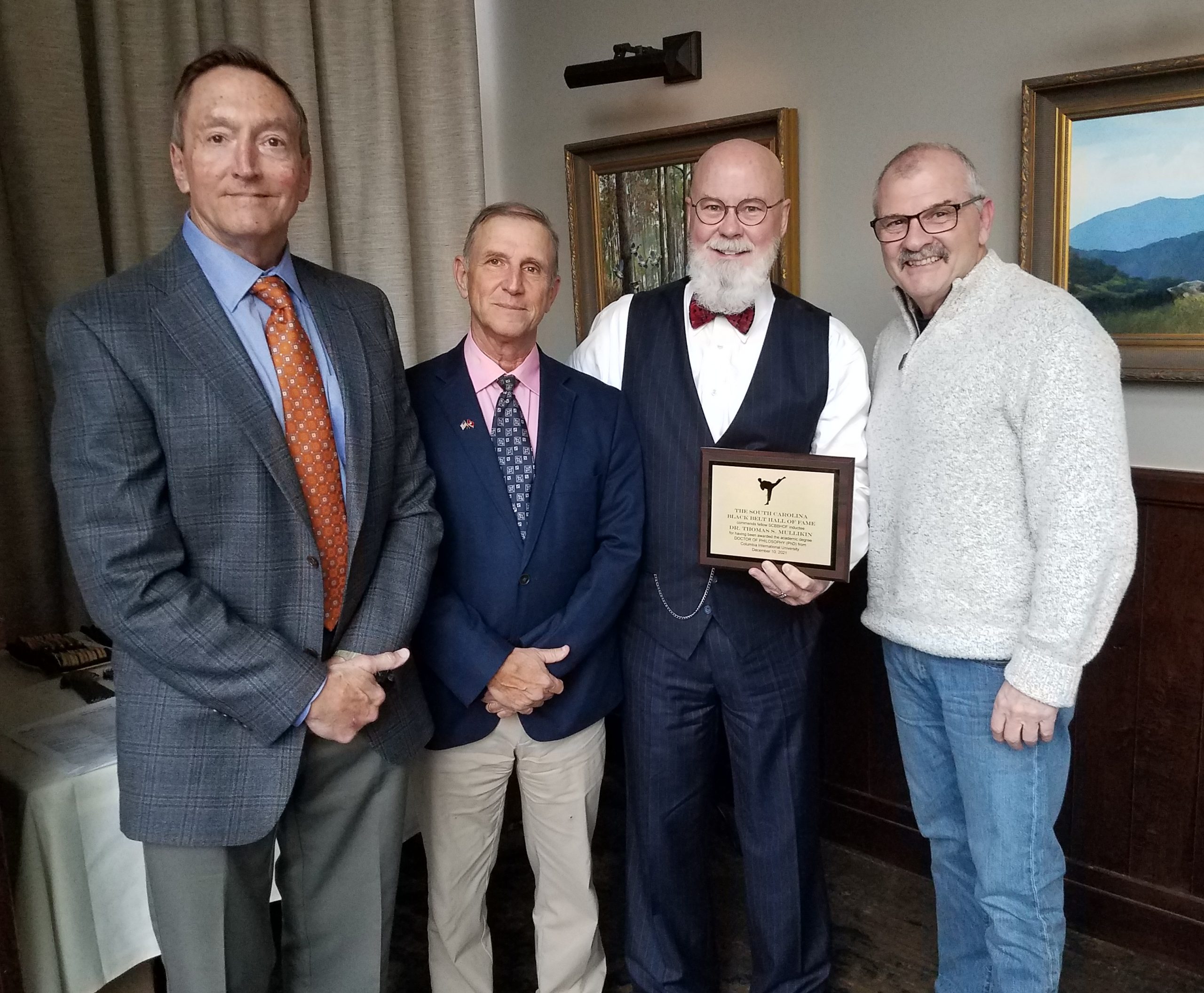 His doctorate in “Transformational Leadership as a Catalyst to Alter Cultural Attitudes About Climate Change in the Evangelical Community: A Constructivist Grounded Theory Approach,” follows several years of study at the historic private Christian university in Columbia, S.C. as well as decades of experience leading global exploratory expeditions to the world’s most remote regions wherein he studied Earth’s most fragile ecosystems and the dynamics of changing climate.

“This is the blessed culmination of a lifetime of work,” said Mullikin during a post-commencement luncheon at Hall’s Chophouse where family and friends gathered along with fellow S.C. Black Belt Hall of Fame inductees. “But the work for me doesn’t end: It now only takes a more focused trajectory.”

During lunch, Mullikin presented Explorer’s Club coins to all in attendance.

In addition to leading the S.C. Floodwater Commission, Mullikin serves as president of Global Eco Adventures and as founding partner of the Mullikin Law Firm.

A former U.S. Army JAG officer, retired two-star commander of the S.C. State Guard, and currently teaching university professor, Mullikin has spent much of the last four decades traversing every continent on earth, climbing mountain ranges of the world’s seven tallest peaks (including reaching the summits of more than 20 mountains across the globe), logging SCUBA dives in all the world’s oceans – often leading special operations soldiers on his expeditions – while earning a berth in the S.C. Black Belt Hall of Fame.

Governor Henry McMaster, who tapped Mullikin to lead the Floodwater Commission in 2018, said: “Tom Mullikin is one of South Carolina’s uniquely talented citizens who serves as a great ambassador of our state.”

Also attending the luncheon honoring Dr. Mullikin was Dr. Mike Langston, who served as Mullikin’s dissertation committee chair. Langston is a professor of practical theology and chaplaincy at CIU.

Founded in 1923, CIU is the former Columbia Bible College.