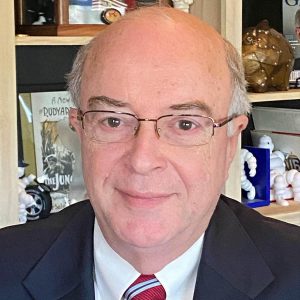 The South Carolina Institute of Medicine and Public Health (IMPH) is proud to announce the naming of Richard (Dick) Wilkerson as IMPH board chair effective January 1, 2021. Four new members have also joined the IMPH board of directors: Dr. Roslyn Clark Artis, Dr. Anne Graham Masters, Virgil Miller and John Singerling. Three board members have rolled off after a full term of service; the Institute extends its gratitude to Bill Barnet, Pamela Lackey and Governor Jim Hodges for their leadership and support.

“I’m privileged to work with such an experienced and esteemed board,” says Maya Pack, IMPH executive director. “Our board of directors shares the vision for IMPH to serve as an informed, neutral, nonpartisan organization that provides evidence-based information and advances important health issues. Mr. Wilkerson has been an invaluable member of the board and co-chaired the Institute’s Workforce for Health effort in 2018 and 2019 so I have seen firsthand his passion and intellect applied to solving many of the challenges our state faces.”

Wilkerson joined the IMPH board in 2014. In his new role as board chair, he will lead the board of directors and the executive director in achieving the mission of IMPH — to collectively inform policy to improve health and health care across South Carolina. Read Wilkerson’s full bio at imph.org/team/mr-richard-n-wilkerson.

“I am proud to be leading IMPH over the next two years and focusing on the mission to inform policy to improve health in South Carolina,” says Dick Wilkerson, IMPH board chair. “I have seen the impact IMPH has had over several years and knowing that a healthy community helps make a healthy economy, there is so much for our state to gain as we work to improve health outcomes.”

Wilkerson retired as chairman and president of Michelin North America in December 2011 after nearly 32 years with the company. Prior to this role, he held several senior positions with Michelin including chief operating officer for the company’s North American specialty tire product lines and executive vice president of human resources. During his career, he worked in Michelin operations in France, Scotland and North America.

He is past chairman of the executive committee of the South Carolina Chamber of Commerce. Wilkerson is also a past member of the board of directors of the Yellowstone Park Foundation. Previously, he served on the Clemson University President’s Advisory Board and the University of South Carolina National Advisory Council. He was named the 2010 Clemson Business Person of the Year. In 2011, the South Carolina School Board Association named him a Champion for Public Education.

To learn more about IMPH’s board of directors, visit imph.org/about/board-of-directors.

The South Carolina Institute of Medicine & Public Health (IMPH) is a nonpartisan, nonprofit organization working to collectively inform policy to improve health and health care in South Carolina. In conducting its work, IMPH takes a comprehensive approach to advancing health issues through data analysis and translation and collaborative engagement. IMPH seeks to achieve its mission by convening a diverse group of stakeholders around health issues important to South Carolina. Learn more at imph.org