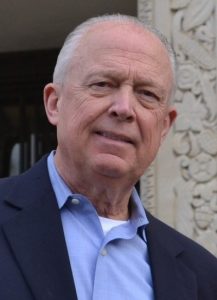 I’ll start with the good news: I recently closed the books for the fiscal year that ended June 30, and even after some additional “contingent” spending at year-end the state finished with $350 million in surplus revenues. Annual tax revenue totaled $8.8 billion, an increase of 8.6 percent over last year.

The state actually brought in a windfall of $755 million beyond what it had anticipated it would need to fund the $8.1 billion budget. But, not surprisingly, the General Assembly had already pre-committed to spend much of that windfall money.

First, there were the tax rebates. After one fortunate Upstate South Carolinian stepped forward in March to claim a nearly $1.5 billion lottery jackpot, state tax collectors skimmed off their $61 million share in state taxes. Lawmakers then decided that, should there be excess revenue after the 2019 budget was funded, part of any surplus revenue would be used to send $50 tax rebate checks to over one million income tax return filers right before this coming Christmas.

I suppose it’s always a good thing when politicians return money to taxpayers, even if it’s only $50… and even if most taxpayers would probably rather get real, longer-term tax relief instead of a small, one-time rebate. But theirs is hardly an efficient exercise; the Legislature approved $6 million – about $6 per tax return filer — to send out the checks.

Interestingly, taxpayers will be getting money back in one hand only to pay it back with the other to cover state retiree pension payments. More on that later.

Second, lawmakers approved $344 million in “supplemental” spending from any “leftover” revenue. This approval covers nearly 50 items of varying necessity – such as $7 million for a purely local Cultural and Arts Center, $6.5 million for “park revitalization,” $5 million for “professional services” for the Department of Administration, $2 million to renovate a state-owned boat landing on James Island, $1.2 million for advertising to promote tourism, $1 million for the “state aviation fund,” and numerous facility maintenance projects.

Sizing up these supplemental expenditures can be difficult, because their approval usually receives minimal scrutiny, very little debate (but great legislative horse trading), and their descriptions in the budget tend to be very vague. (See “professional services” above.)  That’s a problem in itself. But what really concerns me about the supplemental spending is what it doesn’t include: any money to cover our mounting pension fund shortfall.

And therein is the bad news: State lawmakers continue to minimize our looming pension crisis, which I firmly believe is the most critical issue we face.

I’ve often used this space to warn about South Carolina’s pension woes, but just to recap: Our state employee retirement systems face a $24 billion unfunded liability – meaning we currently owe $24 billion more in retirement benefits than we’ll have to cover them. Closing that gap is going to require some very, very tough decisions.

It’s going to have to happen sooner or later. But the longer we ignore the problem, the more dire our options will be. Across the country, states that have amassed and ignored large unfunded pension liabilities like ours have had to take drastic measures to deal with them – steep tax hikes, substantial cuts to vital services, sharp reductions in the hard-earned pensions of public retirees, and even municipal bankruptcies.  That’s what happens when problems are swept under the rug.

So in announcing the $350 million surplus, I urged the legislature to apply at least some of it toward paying down our unfunded pension obligations – just as I did when I announced a revenue surplus a year ago. Last year’s plea fell on deaf ears. Let’s hope this time is different.

Certainly, more money alone won’t fix our retirement system problems. Believe me when I tell you, broad structural reforms are needed to truly establish a sound footing for our retirement system. But every bit we pay now will help us deal with some of the trials and pain ahead.