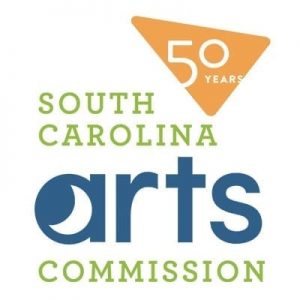 Recognize your local arts hero with a nomination for the Elizabeth O’Neill Verner Governor’s Award for the Arts or the Jean Laney Harris Folk Heritage Award. Both award programs honor South Carolinians who maximize their roles as innovators, supporters and advocates of the arts, and both use a simple, online nomination process. Verner Award nominations are due Nov. 1; Folk Heritage Award nominations are due Nov. 15. Awards will be presented in the spring.

Nomination letters for Verner Awards should describe the nominee’s exemplary contributions to the arts in South Carolina and should address any characteristics included in the category descriptions. The letter should answer these questions:

Verner Award nominations can be made in the following categories:

Created by the legislature in 1987 to recognize lifetime achievement in the traditional arts, the Folk Heritage Award is presented annually by the South Carolina General Assembly to practitioners and advocates of traditional arts significant to communities throughout the state. The S. C. Arts Commission partners with USC’s McKissick Museum to manage the awards. Up to four artists and one advocate may receive awards each year. Nominations are accepted in two categories:

Artists: South Carolina artists who have dedicated their lives to the practice of art forms that have been passed down through their families and communities and who have demonstrated a commitment to keeping their tradition alive. Past awards have recognized art forms such as basket making, gospel singing, fiddling, hammock making and boat building.

Advocates: South Carolina individuals and groups that have worked to further traditional culture in the state. Those who are not traditional artists, but who have provided service that helps to sustain and promote South Carolina traditions, are eligible for the advocacy award.

Before submitting a nomination, you are strongly advised to contact Folklife & Traditional Arts Program Director Laura Marcus Green, [email protected], 803-734-8764, to determine whether your nominee is eligible. For more information about the Folk Heritage Award, visit www.SouthCarolinaArts.com/folkheritage.