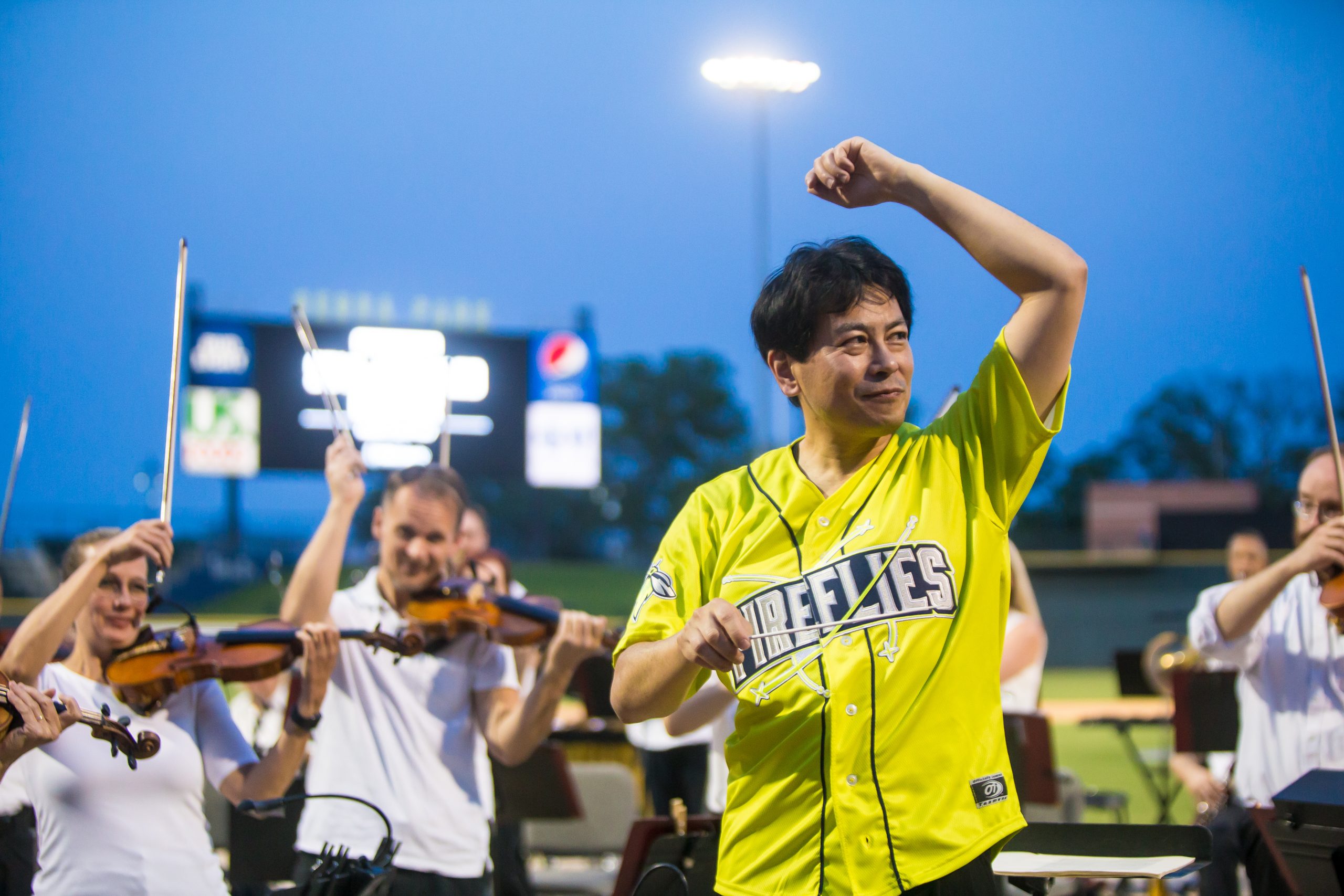 Sporting a Columbia Fireflies jersey, Music Director Morihiko Nakahara lead the orchestra through a spectacular evening of patriotic music, as Segra Park – home of the Columbia Fireflies – provided the largest fireworks display in its history during the musical finale.

“It was especially meaningful to present a patriotic music and fireworks program at Segra Park during this inaugural year, since it marked both the celebration of our nation’s birth and a time to come back together as a community after so much time apart,” said SC Philharmonic Executive Director Rhonda Hunsinger. “Performing on the diamond at Segra Park has been a dream of the orchestra’s since the ballpark opened, and we look forward to returning next year!” 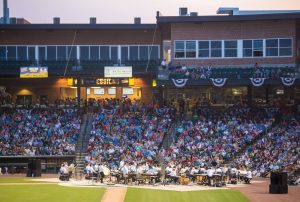 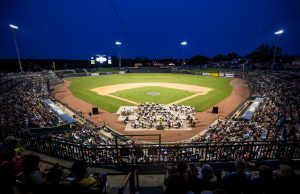 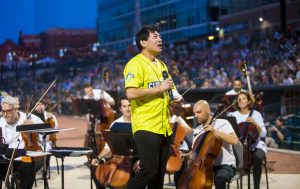 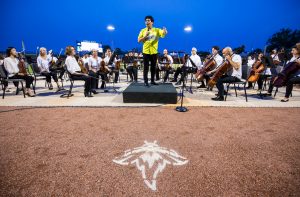 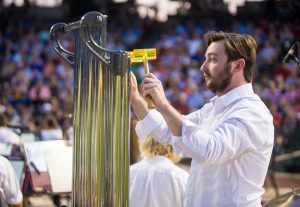 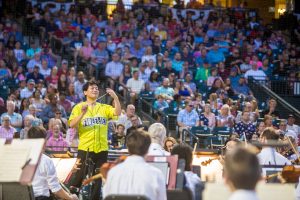 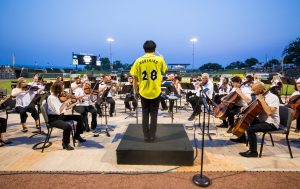 With 5,000 in attendance from across the Midlands, Segra Park and the SC Philharmonic plan to continue to program annually.

“This was an outstanding example of Columbia’s home team and the SC Philharmonic collaborating to bring the arts to Segra Park,” said Fireflies team President John Katz. “The music was spectacular, Morihiko’s enthusiasm for conducting the orchestra at a baseball stadium was so exciting to see and the fireworks show was incredible. This will undoubtedly become the signature Independence Day event across the midlands in the years to come.”