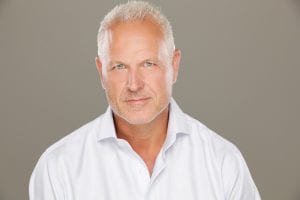 SCBIO Chief Executive Officer Sam Konduros – who has led the rejuvenation of South Carolina’s investor-driven economic development organization exclusively focused on building, advancing, innovating and growing the life sciences industry in the Palmetto State for four years – is stepping down from his current role in May to pursue “an extraordinary private sector opportunity in the life sciences and healthcare space,” the organization’s Board of Directors has announced.

Konduros is departing SCBIO to serve on the Board of Directors of Charleston-headquartered Vikor Scientific, and as Chief Executive Officer of a new health innovation company focused on delivering a novel blueprint to the healthcare marketplace, powered by AI and blockchain technologies and focused on science-based personalized medicine strategies to solve some of the nation’s most pressing healthcare challenges.  The soon-to-be identified organization will be revealed in May 2021 and will be part of the Vikor Scientific growing portfolio of companies.  Vikor Scientific, led by co-Founders Scotty Branch and Shea Harrelson, is a prominent national brand among SCBIO’s Board and 140+ investors and organizational members, that has experienced explosive growth over the past 3 years. 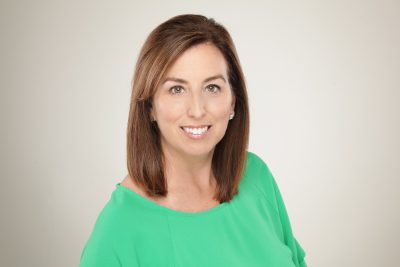 Konduros is working closely with SCBIO’s board leadership on a carefully designed transition strategy.  SCBIO’s world class board – comprised of top executives from industry, economic development, healthcare, research, government and higher education – will begin the search for Konduros’ successor immediately with SCBIO Executive Vice President and Chief Operating Officer Erin Ford assuming day-to-day responsibilities and reporting to the board once Konduros officially departs in early May. 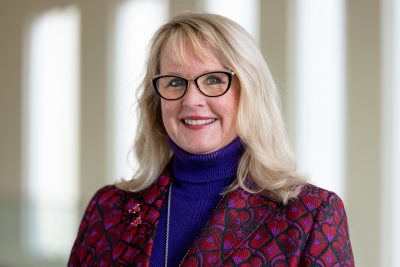 SCBIO Board of Directors Chair Lou Kennedy, and the CEO of Nephron Pharmaceuticals

“Sam Konduros has been a force – for economic development, for life sciences and for the long-term prosperity of South Carolina,” said SCBIO Board of Directors Chair Lou Kennedy, also the CEO of Nephron Pharmaceuticals.  “It has been an honor to work with him, he has made a remarkable impact on this organization, and he leaves it better than he found it, as one of the most influential associations in the state. We thank Sam for the service and sacrifice he has given to SCBIO, and we wish him all the best.”

As Executive Vice President and Chief Operating Officer, Ms. Ford has served as primary lead for SCBIO’s business operations and finances, championing investor relations and existing industry strategies, and spearheading integrated marketing initiatives.  She has managed the majority of the organization’s day-to-day requirements since joining SCBIO in 2017.  She will assume the role of Interim CEO of SCBIO effective May 1st.

“Serving as President and CEO of SCBIO has been a true honor, and one of the great highlights of my career to date.  It is bittersweet to depart in the midst of such incredible progress, but the organization has never been on more solid footing with strong finances, an amazing team, and a world-class Board of Directors to lead it forward.  I will remain committed to its success for years to come in my new role, as I directly join the beloved industry that I have striven to serve and support in recent years.  I am beyond grateful to SCBIO’s Board and to my new employer, Vikor Scientific, for the extraordinary opportunities that I’ve received,” said Konduros.

During Konduros’ tenure, SCBIO has more than doubled membership and quadrupled revenues, implemented a strong economic development focus, and launched a new innovation platform.  It also expanded its role as the voice of the life sciences industry, implemented a surging workforce development initiative and created ongoing programs to encourage participation by women in life sciences, to support diversity-equity-inclusion initiatives and to encourage student participation in the industry.  The organization also successfully led industry and organizational pivots during the COVID pandemic.  In a recent proclamation followed by an executive order issued last week, Governor Henry McMaster has formally authorized SCBIO and the state’s Commerce Department to work together to accelerate the onshoring and repatriation of the pharmaceutical industry and vital PPE products and technologies to South Carolina.

“SCBIO has worked diligently to help South Carolina raise its profile as an emerging leader in the life sciences,” said Ms. Ford. “Our innovative companies and exceptional workforce are drivers in strengthening this industry, and we know that the life sciences will continue to play a critically important role in our state’s economic success.  Sam has been an incredible contributor to this effort, and we intend to build on our Board’s, team’s and his vision to build, advance and grow life sciences in our state.”

Life sciences has a $12 billion economic impact in the Palmetto State, with more than 700 firms involved and over 43,000 professionals employed in the research, development and commercialization of innovative healthcare, medical device, industrial, environmental, and agricultural biotechnology products.  It also represents a significant economic development focus for the state, with strong life science recruiting initiatives led by the South Carolina Department of Commerce and other regional economic development teams.

South Carolina life sciences has seen a near-doubling of firms and 40% increase in life sciences’ direct employment since 2017, which combine to make it the fastest growing industry sector in the state, according to recent data provided by Dr. Joseph Von Nessen, the state’s research economist and noted economic development expert with the Moore School of Business at the University of South Carolina.