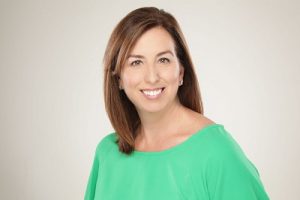 The U.S. Department of Commerce has appointed Erin Ford, Executive Vice President of SCBIO, as a Member of South Carolina’s District Export Council for 2020-2021. District Export Council (DEC) Members are a dedicated group of nearly 1,500 leaders from across America appointed by the U.S. Department of Commerce to work with exporters and export service providers to expand America’s exporting activities to the world.

Ms. Ford was appointed to the South Carolina DEC by Ana Guevara, Deputy Assistant Secretary for U.S. Field operations, in the International Trade Administration of the United States Department of Commerce.

The District Export Councils were created in 1974 by the U.S. Secretary of Commerce to support the expansion of export opportunities for American organizations, and to serve as a vital communication link between the business community and Department of Commerce. DEC’s assist companies in local communities to export, promoting U.S. economic growth, thereby creating and sustaining new and higher paying jobs in local areas. There are 61 DECs across America, and Members are appointed by the Secretary to renewable four-year terms.

She previously served as sales and marketing executive at Poly-Med, a global innovation company that is developing absorbable polymers and constructs for the medical device industry, during which she served on the SCBIO Board of Directors. She previously was a business recruitment officer at the Upstate SC Alliance, where she was the main point of contact for life sciences companies interested in expanding or locating in Upstate South Carolina, where she gained in-depth economic development experience. While at the Upstate Alliance, Ms. Ford served as an ex-officio SCBIO board member from 2013-2015 and led a regional biosciences task force comprised of industry executives from across the region. She also has extensive television experience as a documentary producer and sportscaster and received her B.A. in Communications from La Salle University in Philadelphia.

“Erin is a strong and forward-thinking leader for the SCBIO organization and South Carolina’s life sciences industry, and we are pleased that her contributions to our state are being recognized with this important appointment,” said Sam Konduros, President and CEO of SCBIO. “With her efforts and leadership, South Carolina and SCBIO should benefit greatly from the rapidly growing export economy here in the Palmetto State.”

SCBIO is South Carolina’s investor-driven public/private economic development organization exclusively focused on building, advancing, and growing the life sciences industry in the state. The industry has an $11.4 billion annual economic impact in the Palmetto State, with more than 675 firms directly involved and 43,000 professionals employed directly or indirectly in the research, development and commercialization of innovative healthcare, medical device, industrial, environmental and agricultural biotech and products. The state-wide nonprofit has offices in Greenville, Columbia, and Charleston, and represents companies in the advanced medicines, medical devices, equipment, diagnostics, IT, and healthcare outcome industries.

As the official state affiliate of BIO, PhRMA and AdvaMed, SCBIO members include hundreds of academic institutions, biotech companies, medtech companies, entrepreneurial organizations, service providers, thought leaders, economic development organizations and related groups whose members are leading the research and development of innovative healthcare, agricultural, industrial and environmental products that transform how we heal, fuel and feed the world.