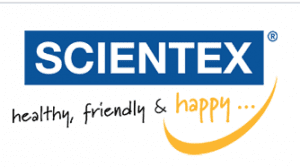 Scientex Packaging Film announced plans to establish operations in Lancaster County. The company’s $43 million investment is projected to create 69 new jobs. Scientex  is one of the world’s largest producers of stretch film.

“Lancaster County provides an ideal location for Scientex to manufacture products for our customers in the eastern half of the United States. The county and State of South Carolina have been incredible to work with and assisted us immensely with our building search, due diligence and community evaluation.  We look forward to being operational early next year and active in the community,” said Scientex Senior General Manager Goh Tian Chin.

Located at 234 Grace Avenue in Lancaster, the new Scientex Packaging Film facility will be equipped with state-of-the-art machinery, incorporating the latest technology in cast stretch film as well as best in class utilities to support the production.

Operations are expected to be online by January 2021. Individuals interested in joining the Scientex Packaging Film team should visit https://www.scientex.com.my/contact/.