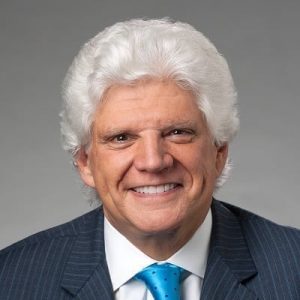 Scott & Corley, P.A. announced that its Firm Chairman Ronald “Ron” C. Scott has been chosen by South Carolina Lawyers Weekly® to receive the Diversity & Inclusion Award for 2019. Mr. Scott is one of 20 people to receive the award this year, which consists of 20 honoree attorneys who are practicing in either North Carolina or South Carolina.

Mr. Scott was nominated by his fellow lawyers for this award, and he was ultimately selected for the honor by an internal panel of judges with Lawyers Weekly®. He is being specifically recognized for his contribution to the legal community in the area of diversity and inclusion.

Ron Scott has also been selected for inclusion in the Best Lawyers in America® (Woodward/White Inc.) and was most recently included in the 2020 edition, marking his eleventh consecutive year of ranking after his primary practice category of Mortgage Creditor Law was first created in 2010. Mr. Scott was part of the 2018 Inaugural Class of the South Carolina Lawyers Hall of Fame, presented by South Carolina Lawyer’s Weekly®. He was also a recipient of the 2019 Columbia Regional Business Report’s ® Icons & Phenoms Award. In addition, Ron Scott is a 2017 Recipient of the Order of the Palmetto, which is South Carolina’s highest civilian award for extraordinary service to the state.

Mr. Scott has followed in his long-held family tradition of public, civic, and community service. He and his Firm seek to maintain a strong emphasis on service to others as evidenced by his law partner, Reggie Corley, who is a Fellow of the highly regarded Riley Institute Diversity Leadership Program.

Honorees of the Diversity & Inclusion Award will be recognized at a luncheon on Wednesday, December 11th at the Hilton Charlotte University Place in Charlotte, North Carolina. Award winners will also be featured in the December issue of Lawyers Weekly®, which will be available on December 9, 2019.

Scott & Corley, P.A., and/or Ron Scott have been serving its clients in multiple areas of practice for over 40 years. The firm offers statewide representation to banks, mortgage lenders and servicers and focuses on personalized client service, professional integrity, contemporary innovation and compliance-driven solutions. DISCLAIMER: Any result the law firm has achieved on behalf of one client in one matter does not necessarily indicate a similar result can be obtained for other clients.