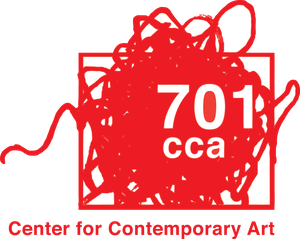 Join us at 701CCA on Thursday, June 3, 7:30pm for a special screening of the documentary Meltdown In Dixie, an original documentary from Emily Harrold and Topic Original Documentaries

Emily Harrold is a documentary filmmaker from Orangeburg, South Carolina. Her films have screened at festivals including the Tribeca Film Festival, the Melbourne International Film Festival, and the Telluride Film Festival. Harrold produced the documentary feature, Monkey Business: The Adventures of Curious George’s Creators, which premiered at the LA Film Festival in 2017 and won the Documentary Audience Award at the 2017 Nantucket Film Festival. The film is distributed by the Orchard. Harrold collaborated with Tribeca Digital Studios to produce and direct a short documentary film, La Cocinera, which premiered at the 2016 Tribeca Film Festival. The film has over 100,000 views online. Harrold’s film Reporting on The Times: The New York Times and The Holocaust received a Student Directors Guild of America Award, was a Documentary Finalist in the 2012 Student Academy Awards, and received a Special Jury Mention from the 2013 Tribeca Film Festival. The film opened theatrically in San Francisco, California and is distributed by Film-makers Library. Harrold has worked for Zero Point Zero, Radical Media, Partisan Pictures, BBC2, Gigantic Pictures, The Futuro Media Group, and Insignia Films. Her recent credits include CNN’s The End: The Last Days of the Obama White House, PBS’s The White House: Inside Story, and PBS’s America By The Numbers with Maria Hinojosa. Harrold is a graduate of New York University, where she earned honors majoring in Film Production and US History.