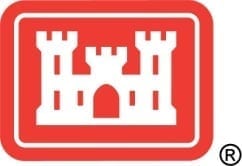 The award, officially made on Thursday, is for $213 million to Great Lakes Dredge and Dock Company, LLC for the removal of approximately 7.95 million cubic yards of material from the Entrance Channel. This second contract, when combined with the first contract, awarded on September 7, 2017, will achieve the newly authorized depth of 54 feet throughout the more than 20 mile long Charleston Harbor Entrance Channel. The dredged material will primarily be placed in the Ocean Dredged Material Disposal Site offshore.

“The award of the second contract for the Entrance Channel keeps us in line with our schedule, which will be the most time-consuming phase of the project,” said Lt. Col. Jeffrey Palazzini, district commander. “The Charleston District team has been working diligently on ensuring we keep the project schedule on track so that the entire project remains on time and on budget.”

It is anticipated that a combination of hopper, cutterhead and mechanical dredges will be utilized for construction under this contract. The requirements of this contract include the placement of dredged rock material to create nine artificial reefs, for a total of approximately 265 acres of hard bottom habitat, and a berm around the ODMDS, which will create more than 400 acres of additional hard bottom.

This is the final contract that will be required to complete the deepening of the Entrance Channel and is part of the overall $529 million project cost. Depending on full-funding, dredge availability, weather and a variety of other factors, the construction of the entire project will take 40-76 months. A timeline for the dredging of the upper and lower harbors has not yet been finalized, but is planned to take place concurrently during a portion of the timeframe required to complete the Entrance Channel.