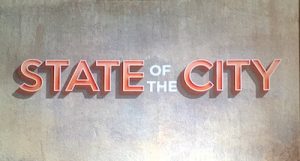 Mayor Senn brought another first to Laurens on Tuesday with the city’s first “state of the city” address.  The setting for the event was the Capitol Theatre now owned by Presbyterian College.

The event began with a welcome from Jason Pridgen, director of parks and recreation, the posting of colors, the national anthem performed by Presbyterian College String Ensemble and special recognitions of three community leaders.

Three awards were presented for making a difference in Laurens:

The evening continued with Dr. Matthew vandenBerg, President of Presbyterian College introducing Laurens Mayor Nathan Senn.  “Nathan is easily one of the best mayors in the United Sates,” said vandenBerg.

Mayor Senn then took the podium in what is probably the first but not the last state of the city address.

Early in his remarks he stated, “it is my great pleasure to report, the state of the city of Laurens is strong and better than it’s been in decades.”

In highlighting accomplishments during the past three years Senn emphasized the investment in human resources and capital improvements saying, “we have invested in our team, and we have made all of these capital improvements and more without raising property taxes by even one penny.”

Another measure of success is the improvement in quality of life and growth of the community.

“Between 2019 and September of 2020, a year and a half, when federal government stopped counting the census, our population had increased by 5 percent,” said Senn.

After a long period of stagnant growth, Senn announced that in 2021 hospitality revenues were up nearly 24% since 2019, including an increase of more than 8% just since 2020.

The increased revenue can be attributed, in part, to the increased emphasis to grow the hospitality and tourism sectors of the local economy.

One event that brought more than 3,000 people to Laurens including people from Georgia and North Carolina was Laurens Lights the Night on July 3rd. The event was a huge success and the City of Laurens will receive statewide recognition for this innovative celebration at this year’s Municipal Association Conference.

Beyond festivals and downtown fun, Senn emphasized the need for safe, attractive, and clean neighborhoods in every part of the city. “Growth is not out of control, but we are growing again for the first time in years, and that’s a good thing,” said Senn.

Another positive in the state of the city report is that while the city is growing, crime is not.  The mayor stressed the importance of working with law enforcement and the community to make sure that crime has consequences.

Another sign of prosperity in Laurens is the renovation and refurbishing of buildings which have been vacant for years. Senn noted that the recently announced Tailored Oak Steakhouse will open in downtown in a building that was vacant for more than a decade. The expansion of the Laurens County Museum with the renovation of the Witherspoon building  that created an elegant event space upstairs is another example of the changes that have improved the Laurens downtown area.

Senn also reported that in 2021 the City of Laurens approved its first subdivision since the subdivision ordinance of the 1980’s was passed.  Housing developments coming to Laurens will have streetlights and sidewalks, and green space for recreation.  The focus on maintaining quality of life will remain a priority.

Looking to the future, Senn announced several new initiatives that he hopes will continue the positive trajectory.

In closing his remarks, Senn addressed the need for civility and the need for each person to take personal responsibility to improve in this area.  “The worst days I have had serving in this office have not been because of situational challenges confronting us, but because of the cancer of incivility which undermines the good work being done by the dedicated public servants working for this City.”

Senn reported that early in the evening City Council passed a resolution adopting a policy of Civility and Decorum. The resolution demonstrates a commitment to showing civility in the execution of duties and decorum in the manner they conduct meetings.

“For all the economic progress we have made and all that is sure to come, perhaps the best measure of who we are as a community is the way treat each other,” said Senn.

“Laurens, this is how we grow to be the city we can and should be.  Let’s support each other.  Let’s love one another.  Let’s keep moving forward,” said Senn. “The wind is at our backs, and the best is yet to come.”

Click on the images below to view the photo gallery. 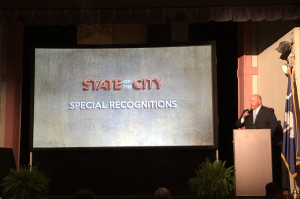 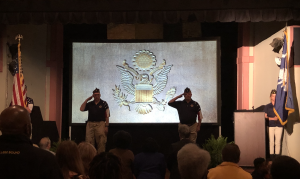 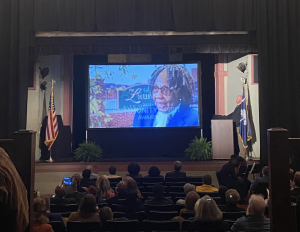 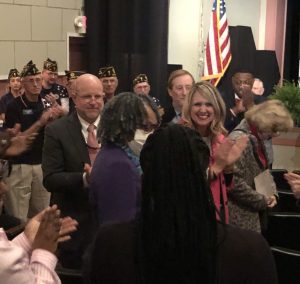 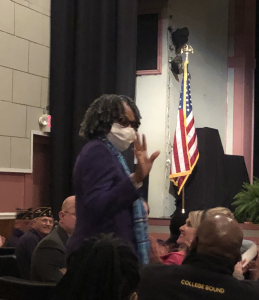 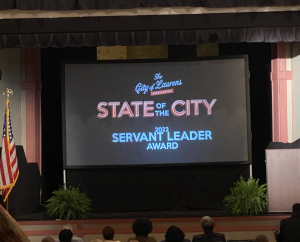 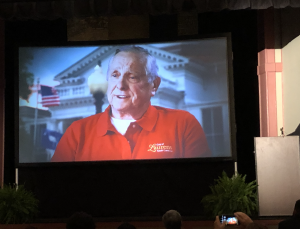 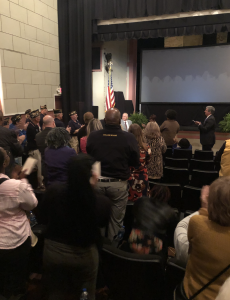 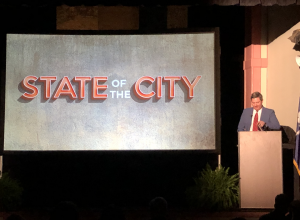 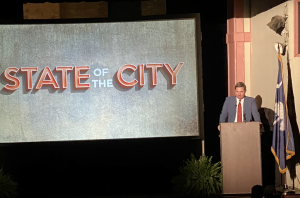 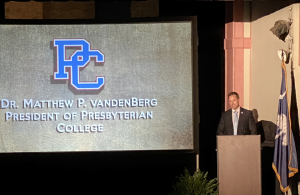 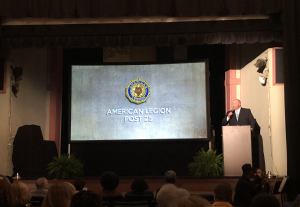