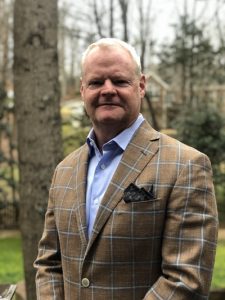 Lander University has announced that the South Carolina General Assembly has elected Jim Shubert, of Simpsonville, to Seat 9 (at-large) of Lander University’s Board of Trustees. Shubert replaces Maurice Holloway, an inaugural member of Lander’s board who died in June of 2020.

Shubert is a Lander alum. He graduated from then Lander College in 1988 with a Bachelor of Science in Exercise Science, and has led a successful career in surgical technologies since his graduation from Lander.

He currently works as a senior surgical enterprise account manager with Abiomed, which supplies cardiovascular technology and devices to hospitals across the southeast region of the United States and manufactures the world’s first percutaneous ventricular assist device, which is a device that can be inserted into a small artery to improve cardiac output.

Shubert is a native of Greenwood, and remarked that he is impressed with the growth of his alma mater in recent years. While at Lander, he was heavily involved in Alpha Tau Omega, and served as the fraternity’s second president. Shubert’s wife, Alison, is also a member of Lander’s Class of 1988, and the couple have three children together, Grayson Shubert Cooper, Jackson Reese Shubert and Campbell Elizabeth Shubert.