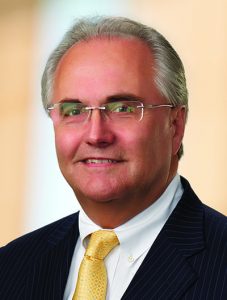 Sonoco (NYSE:SON), one of the largest global diversified packaging companies, announced President and Chief Executive Officer M. Jack Sanders will retire, effective April 2, 2018, following a 30-year career with the Company. Sonoco’s Board of Directors has named Robert C. Tiede, who currently serves as the Company’s Executive Vice President and Chief Operating Officer, as CEO-elect. Tiede will join the board of directors upon Sanders’ retirement.

Since joining Sonoco in 2004, Tiede, 59, has led all of Sonoco’s global industrial, consumer and protective packaging operations, while spending the bulk of his tenure building the Company’s consumer-related businesses. These combined businesses have grown sales by approximately 80 percent and improved operating profits by 125 percent since 2004.

“Rob has played an integral role in driving our consumer growth strategy and is ready to be Sonoco’s next CEO,” said Sanders. “His ability to turn around underperforming businesses, drive innovation to spur organic growth and help build our capabilities through targeted acquisitions has been an important element in executing our Grow and Optimize strategy.”

Tiede joined Sonoco as president of Sonoco CorrFlex following the 2004 acquisition of CorrFlex Graphics’ point of purchase merchandising display and packaging business. In 2007, he became division vice president and general manager of the Company’s Flexible Packaging division and later added responsibility for all of the Company’s Consumer Packaging businesses. He became senior vice president in 2013 and in 2015 added responsibility for the Company’s Protective Solutions and Reels businesses. Prior to joining Sonoco, Tiede worked in private equity as president of Bostic Packaging/CorrFlex from 2000 to 2004 and president of Sterling International from 1998 to 2000.  He also served as executive vice president of operations for Graphic Packaging International, Inc., in its flexible packaging division from 1994 to 1998.

A Chartered Accountant/CPA through the Canadian Institute of Chartered Accountants, Tiede began his professional career with KPMG. He is active in industry and community organizations and is the chairman of the Flexible Packaging Association of America and the Hartsville United Way. A native of Winnipeg, Manitoba, Canada, Tiede became a U.S. citizen in 2013, and he and his wife, Val, maintain a home in Hartsville and have three grown children.

Since Sanders took over as CEO in 2013, Sonoco has seen GAAP earnings grow by 46 percent, while EBITDA margin has improved by 140 basis points and return on net assets employed (RONAE) has expanded from 7.6 percent to 11.1 percent.  Sonoco has also returned approximately $925 million in cash to shareholders, in the form of dividends and share repurchase, while providing a 104 percent total return.

A graduate of Louisiana State University with a Bachelor of Science degree in finance, Sanders joined Sonoco in 1988 as national sales and marketing manager for the Company’s Reels business.  In 1992, he was asked to build and lead the development of Sonoco’s new Protective Packaging business as its general manager.  He was promoted in 1998 to division vice president and general manager of Protective Packaging. Sanders was elected a corporate officer and named vice president of Industrial Products, North America, in 2001.  He was subsequently named vice president of Global Industrial Products in January 2006 and assumed responsibility for all industrial converting businesses as senior vice president in July 2007.  In 2008, Sanders was named executive vice president of Industrial, with global operating responsibility for the Company’s integrated industrial businesses. Sanders became executive vice president of Sonoco’s Global Consumer businesses in 2011 and was chief operating officer in 2012.

In addition to serving on the Sonoco Board of Directors, Sanders is a member of the boards of the American Forest & Paper Association, Manufacturers Alliance for Productivity and Innovation and South Carolina Governor’s School for Science and Mathematics and is the Chairman of the South Carolina Chamber of Commerce. He and his wife, Sheri, have three grown children and live in Garden City, S.C.

About Sonoco
Founded in 1899, Sonoco is a global provider of a variety of consumer packaging, industrial products, protective packaging, and displays and packaging supply chain services. With annualized net sales of approximately $4.8 billion, the Company has 20,000 employees working in more than 300 operations in 34 countries, serving some of the world’s best known brands in some 85 nations. For more information on the Company, visit our website at www.sonoco.com.