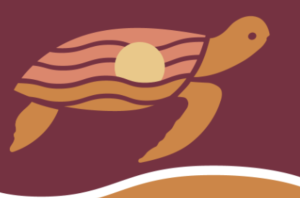 The South Carolina Aquarium invites you to “run for the turtles” on October 15 at Isle of Palms County Park during the Turtle Trek 5K, a sunset beach run and kids fun run. This annual event raises critical funds needed to sustain the work of the Sea Turtle Care Center, a hospital for sick and injured sea turtles. To date, the Care Center has rehabilitated and released more than 350 sea turtles back into the wild.

Turtle Trek 5K festivities will start with race packet pickup at 3 p.m., then the kids fun run at 4:30 p.m., followed by the 5K race at 5 p.m. Immediately following the race, awards will be presented to the top three overall runners and the top three runners across age ranges.

For those unable to attend in person, a remote runner option is also available, allowing participants to show their support from cities and states both near and far. Sign up to complete a 5K on your own time in any location of your choice between now and October 15.

In addition to the run, participants are encouraged to go the extra mile for sea turtle patients at the Care Center and sign up to be a fundraiser. Fundraising prizes for winners include becoming a Sea Turtle Guardian for one year, tickets to the Aquarium and more.

Before the Turtle Trek 5K, join Aquarium staff and runners for a pre-run beach litter sweep at 3 p.m. Participation in the litter sweep is voluntary and all cleanup supplies will be provided. Collected debris will be identified and tracked, and data will be entered into the Litter-Free Digital Journal, a project in the South Carolina Aquarium Citizen Science app. This data helps find solutions to combat plastic pollution.

The Turtle Trek 5K is presented by Crews Subaru of Charleston and Publix Super Markets Charities. Early bird registration runs through July 5 and is $35 for adults and remote runners and $15 for kids.

Registration for the Turtle Trek 5K fills quickly. Register to run at scaquarium.org/TurtleTrek.