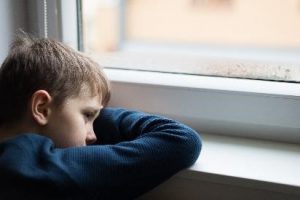 The Dad Facts campaign brings attention to a seldom-discussed subject which directly impacts the health, safety and well-being of children, families and communities.

Research has shown that father absence can be linked to most societal ills, especially those impacting the lives of children. Children who grow up without the presence of their fathers are at least two to three times more likely to be poor. Youth are more at risk of substance abuse without a highly involved father. Teens without active and engaged dads are twice as likely to be involved in early sexual activity and seven times more likely to get pregnant.

The South Carolina Center for Fathers and Families (The Center) and Midlands Fatherhood Coalition are using these stark statistics and others as the focus of The Dad Facts Campaign, designed to build understanding about the important role fathers play in shaping outcomes for children, families and communities.

“A father makes a lifelong impact on his children – for better or for worse. The evidence of an absent father is all around us as seen in our Dad Facts Campaign. Yet little is being done to help fathers,” said Pat Littlejohn, president of the Center. “We want to help change the future of our children by amplifying the necessity of fathers, affirming their value and supporting them.”

The campaign, launched this week, is utilizing billboards, digital and online media to drive visitors to The Dad Facts Campaign web page to learn why fathers play such a vital role in our lives and ways to support the fatherhood initiative.

In November, the campaign will switch to messaging about the good things that happen when dads are present and engaged.

You can find out more about how dads make a difference at TheDadFacts.com

About the South Carolina Center for Fathers and Families

The South Carolina Center for Fathers and Families is a ministry of the Sisters of Charity. Its mission is based on the conviction that children thrive when an engaged, responsible father is active in their lives. In South Carolina, many children live in a father-absent home, and the consequences are dire. To address this problem, The Center supports six fatherhood programs across the state while promoting father-friendly policies and practices and helping to erase society’s negative stereotypes of unwed, low-income dads. Learn more at www.scfathersandfamilies.com