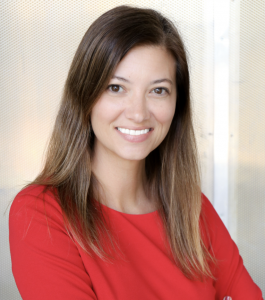 Tabitha Safdi fills role after serving with agency for 16 years

South Carolina ETV (SCETV) today announced Tabitha Safdi, who has served the agency for 16 years, has been promoted to Chief Content Officer. Prior to accepting this new role, she held the title, director of Digital Strategies for SCETV. The transition will be effective November 17.

During her time with the network, Safdi has produced countless documentaries, projects and stories, such as Born to Rebel: Driven to Excel, Zip Code: Your Neighborhood, Your Health and digital series, such as Backroad Bites, From the Sky, Our Town and Original SC.

Safdi holds a bachelor’s degree in journalism and mass communications from the University of South Carolina and a master’s degree in organizational change and leadership from Columbia College. She is a Riley Fellow of Furman University’s Diversity Leaders Initiative, a 2017 graduate of Leadership Columbia and currently serves as chair of the PBS Digital Media Advisory Council.

Established to continue the growth and diversification of SCETV’s content and audience, the creation of this position speaks to the network’s commitment to align all content-related efforts and activities to assure the maximum possible effectiveness and efficiency.

“As we continue to adjust our organizational structure to ensure SCETV remains a vital public media network both in the near and distant future, I’m proud to tap one of our own to fill such a critical leadership position. Content production is at the core of who we are as an organization, and I look forward to all that our team will achieve under Tabitha’s leadership.” –SCETV President and CEO Anthony Padgett

“The heart of our community are the stories of our past and conversations of the present. I’m committed to convening those conversations of impact, highlighting our culture through stories and preserving South Carolina’s past for our future.” –SCETV Chief Content Officer Tabitha Safdi