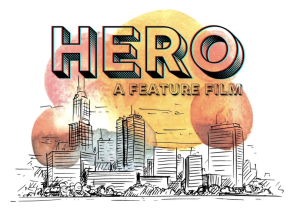 The Film Commission and UofSC are funding Local Cinema Studio’s low-budget feature, HERO, a coming-of-age dramedy that is currently filming in Columbia. The production team is shooting the movie in homes, businesses, parks, and streets across the Capital City, and expects to wrap up by mid-June. Students from UofSC, Benedict College, and others have paid internship opportunities on the crew, giving them real-world experience working with a professional production team.

Matt Storm, who was named South Carolina Film Commissioner in October 2021, says this new partnership directly aligns with his vision for the future of the film industry in the state. “From the moment I took over the Film Commission, working to expand and engage our local production talent has been a top priority,” said Storm. “Partnering with universities and technical schools is a great way to cultivate our home-grown talent because it’s a mutually beneficial relationship. Students get first-hand experience that can’t be taught in a classroom. Meanwhile, the state’s film industry strengthens our future workforce by providing this hands-on experience to the people who will be working full-time on our crews after they graduate.”

HERO will be directed by Local Cinema Studios co-founder and executive director, Dustin Whitehead, who also teaches acting at UofSC.

“The hope I have for this initiative is to make filmmaking more accessible to the students at the University of South Carolina,” said Whitehead. “We prepare students to be artists in the world; to be flexible, vulnerable, and honest. We encourage them to be proactive and present both on professional projects and within their professional relationships. A lot of filmmaking is technical, but so much of it is managing people, places, and things. It is an insanely ambitious feat and the most effective and telling team-building exercise I have ever experienced. I see it as the boot camp of collaboration. This journey is incredibly valuable to our students.”

The Film Commission has an existing strong partnership with Trident Technical College, whose students are often interning on the crews of productions in the Charleston area. This relationship with UofSC is another step in that direction.

“In today’s highly competitive film industry, it takes a lot more than a beautiful landscape to attract big-name and high-dollar productions,” said Storm. “South Carolina’s diverse backdrops from the mountains to the coast make us a really unique and flexible location for filming a huge variety of projects. What we are working hard to build and sustain is the infrastructure needed to attract and support those projects – and a talented, locally-based crew is a major component of that infrastructure. Current Palmetto State projects like HBO’s Righteous Gemstones and Netflix’s Outer Banks are highlighting the massive impact successful productions can have both on our state’s film industry and on our local economies – not to mention the future travel and tourism they help inspire for countless viewers.”

Stay up-to-date on the project by following HERO on Instagram.