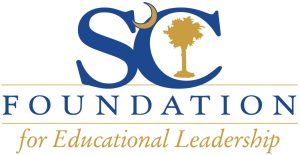 Dr. Sandra R. Lindsay
A 1969 graduate of Blacksburg High School (Cherokee County Schools), Dr. Lindsay served for over 40 years in education as a teacher, district administrator, deputy state superintendent, and professor. Under her leadership as a deputy state superintendent, the first statewide report cards to publicly share the results were published. She was integral in the development of the Center for Executive Education Leadership (CEEL).

The Honorable Inez M. Tenenbaum
A 1969 graduate of Hawkinsville High School (Hawkinsville, Georgia), Mrs. Tenenbaum served two terms as SC Superintendent of Education and led the effort for the South Carolina General Assembly’s approval of $750 million in state bonds for K-12 school construction. From 2009-2013, she served as chairman of the U.S. Consumer Product Safety Commission.

John Tindal
A 1970 graduate of Dennis High School (Lee County Schools), Mr. Tindal’s career in education spanned more than 45 years, 28 of which were spent as superintendent in various school districts. He served as chairman of the Marlboro County Board of Education, becoming the first African American elected to a countywide office in Marlboro County. In 2007, he served as chairman of the State Board of Education.

Michael C. Crapps
A 1976 graduate of Lexington High School (Lexington District One), Mr. Crapps is a founder of First Community Bank and has served as its president and chief executive officer, as well as on its board of directors since opening the bank in 1995. He is a past chairman of the South Carolina Bankers Association and former member of the Federal Reserve Bank of Richmond’s Charlotte Branch Board of Directors.

William C. Hubbard, Esquire
A 1970 graduate of McClenaghan High School (Florence District One), Mr. Hubbard is dean of the University of South Carolina School of Law. In 2014-15, he served as president of the American Bar Association (ABA) and served a two-year term as chair of the ABA’s House of Delegates. He is co-founder and chair of the Board of Directors of the World Justice Project, a global initiative to strengthen the rule of law.

Samuel E. Wright (posthumous award)
A 1967 graduate of Jackson High School (Kershaw County Schools), Mr. Wright was an actor and singer best known for his role in The Little Mermaid as the voice of Sebastian. He was nominated for two Tony Awards, in 1984 for The Tap Dance Kid and in 1998 as the original lead actor for the character Mufasa in The Lion King. In addition to performing in over 18 Broadway productions, he appeared in numerous TV shows, films, and as the original Grapes character in the Fruit of the Loom commercials.