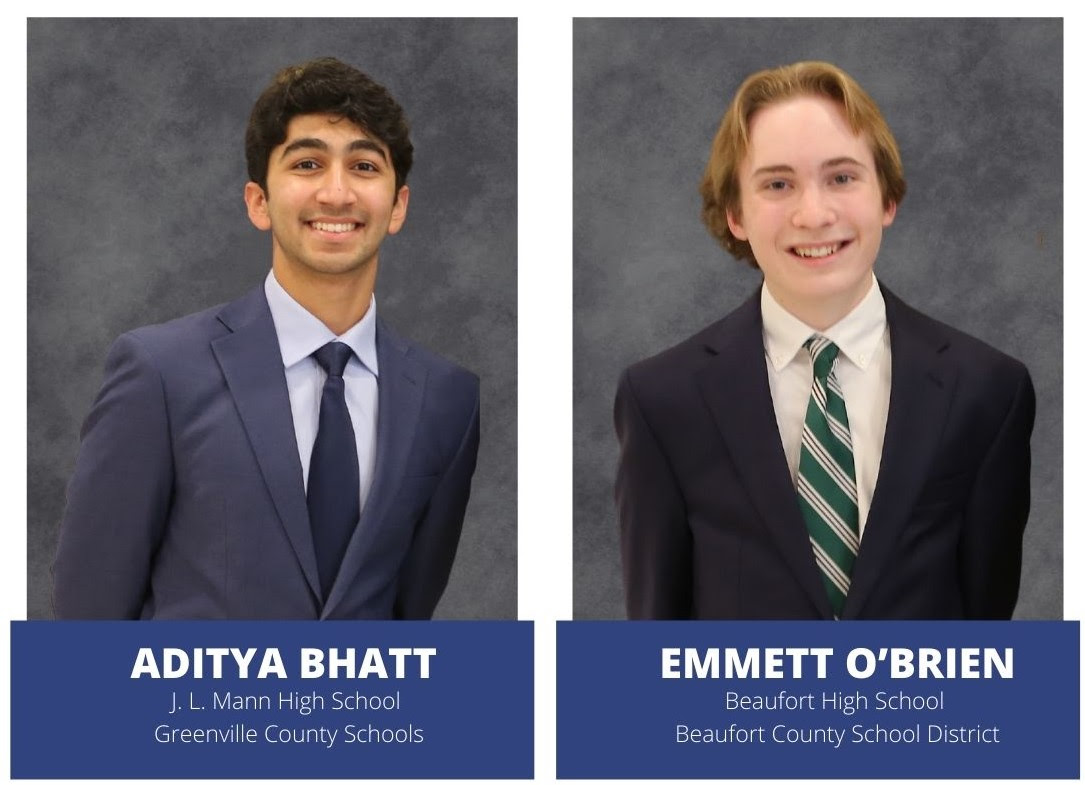 Each year this extremely competitive merit-based program brings 104 of the most outstanding high school students—two from each state, the District of Columbia, and the Department of Defense Education Activity—to Washington, D.C., for an intensive week-long study of the federal government. Student delegates will hear major policy addresses by senators, cabinet members, officials from the Departments of State and Defense and directors of other federal agencies, as well as participate in meetings with the president and a justice of the U.S. Supreme Court. In addition to the student delegates attending Washington Week, the Hearst Foundation will provide each of the 104 student delegates with a $10,000 undergraduate college scholarship with encouragement to continue their educational coursework in government, history and public affairs.

Aditya Bhatt, son of Sunita and Hemang Bhatt of Greenville, South Carolina, is a Senior at J. L. Mann High School in Greenville County Schools. Aditya is involved in Speech and Debate, Youth in Government, and also is a member of the varsity tennis team.

Emmett O’Brien, son of Elizabeth and Joe O’Brien of Beaufort, South Carolina, is a Senior at Beaufort High School and serves as the Senior Class President. Emmett is a publicist for the French National Honor Society, and was selected as one of two senators to represent South Carolina at American Legion Boys Nation in Washington, D.C.

The USSYP was created by Senate Resolution 324 in 1962 and has been sponsored by the U.S. Senate and fully funded by the Hearst Foundation since its inception. The program was established to “to increase young Americans’ understanding of the interrelationships of the three branches of government, the caliber and responsibilities of federally elected and appointed officials, and the vital importance of democratic decision making not only for America, but for people around the world.”