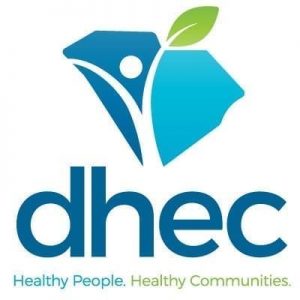 An annual report released today by the South Carolina Department of Health and Environmental Control (DHEC) shows the state’s 2020 infant mortality rate has decreased by seven percent compared to the previous year but likely remains above the national average. DHEC continues to be committed to collaborative, cross-sector efforts that improve healthy births for moms and babies in South Carolina.

The Infant Mortality Report is produced annually by DHEC’s Bureau of Maternal and Child Health. The 2020 report and previous reports are available at scdhec.gov/health.

“Ideally, we want to see a decline in South Carolina’s infant mortality rate each year until that number is as small as possible – close to zero,” said Dr. Brannon Traxler, DHEC Public Health Director. “The decrease in the number of infant deaths for 2020 is encouraging, but the report also spotlights areas where significant more work needs to be done to improve birth outcomes for women of color. The disparity in infant deaths between white women and women of color is unfortunately widening and must be addressed.”

Notable changes in this year’s South Carolina report include:

“This year’s report shows some improvements, such as a decrease in overall IMR and reductions in postneonatal mortality, however, it’s clear to see that minority groups are continuing to experience the majority of these heartbreaking losses,” said Kimberly Seals, DHEC’s Director of the Bureau of Maternal and Child Health. “We need better education among all expecting parents about how critical it is for pregnant women to receive consistent prenatal care by attending all of their checkups and following their doctor’s recommendations. Making sure parents understand safe sleep practices for infants is also key for reducing accidental infant deaths.”

“One of the major barriers to infant health in South Carolina is access to high-quality prenatal care. This is especially an issue in the rural areas of our state. We need to improve access to care across the state and are committed to working with our partners to achieve this goal”, said Dr. Edward Simmer, DHEC Director.

DHEC works with key partners like the South Carolina Hospital Association (SCHA), S.C. Department of Health and Human Services (DHHS), the March of Dimes South Carolina Chapter, and local organizations around the state to expand education and outreach and implement effective strategies for giving every baby the best chance for a healthy life.

For information and resources about improving maternal and infant health, visit: